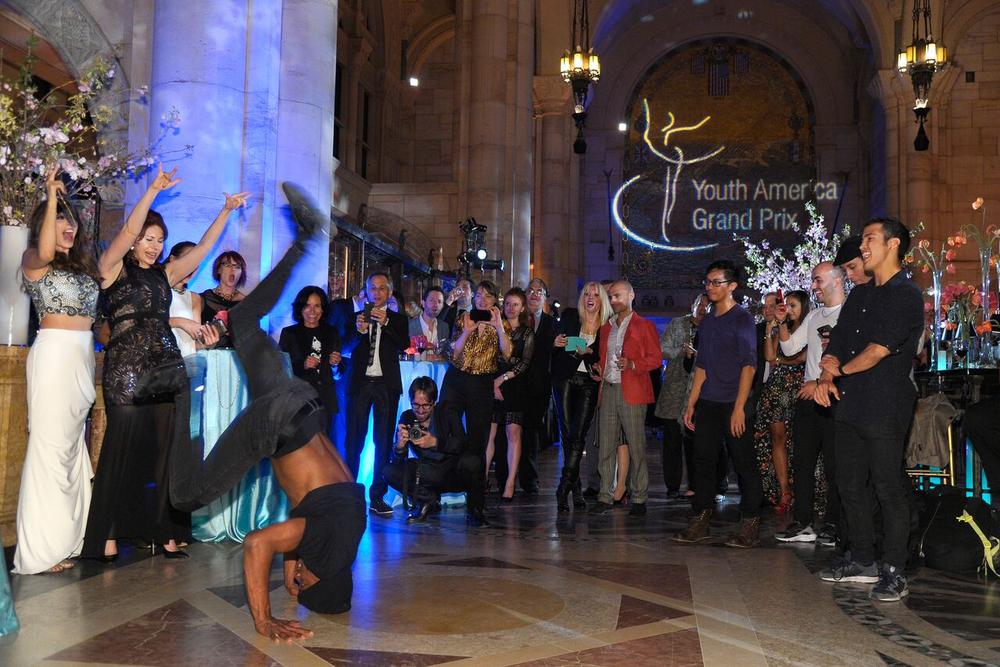 The World’s largest student ballet scholarship audition - YOUTH AMERICA GRAND PRIX – will hold its annual Finals Week in New York City, with the Final Round performances by the top finalists on April 27, 2016, and the critically-acclaimed “Stars of Today Meet the Stars of Tomorrow” Gala on April 28, 2016. After a several-year residency at Lincoln Center, the Final Round and the Gala will, for the first time, be held in Brooklyn at BAM Howard Gilman Opera House.

THE FINAL ROUND (April 27, 2016 at 7pm) – over 8,000 talented young dance students auditioned this season at semi-final rounds conducted by YAGP around the globe; and more than 1,000 finalists from 35 countries will gather in New York in April to audition for scholarships and contracts with the world’s leading international dance schools and companies. The most promising Junior (12-14 y.o.) and Senior (15-19 y.o.) dancers will perform in the FINAL ROUND before the winners are chosen. Tickets were   $55-$75 and available at the BAM Howard Gilman Opera House box office and at BAM.org/YAGP, or by phone at (718) 636-4100.

Following the gala performance, guests were invited to a festive dinner and dancing reception at Skylight One Hanson. The benefit Chairs were Suzanne Dance, Christina Lyon, Dr. Shirley Madhère-Weil, and B Michael.

The Stars of Tomorrow Gala at