YAGP Gala: "Stars of Today Meet the Stars of Tomorrow"

New York City Finals: The Final Round and Julio Bocca: Tribute to a Dance Legend

Spring Season is officially here as the time for charity galas and fundraiser events have officially started. Youth America Grand Prix held their 3-night event from Wednesday, April 12th thru Friday, April 14, 2017 at New York Lincoln Center - David H. Koch Theatre. The first night took place on Wednesday, April 12th for YAGP 2017 New York City Finals: The Final Round. Night 2 was the biggest and most glamorous night the YAGP 2017 Gala: "Stars of Today Meet the Stars of Tomorrow". The last night was an evening to celebrate Julio Bocca: Tribune to a Dance Legend, presented as part of YAGP's "Legends in Dance"series. In addition, it was Julio's Birthday and what better way to celebrate his life, work and venture to another year as a dancer.

For YAGP 2017 New York City Finals: The Final Round, the season begins with more than 10,000 talented young dancers whom auditioned at YAGP semi-finals all over the world, and a mere 8% of them (1,200) were hand selected to proceed to the YAGP 2017 Finals. The Final Round is an exciting opportunity for the general public to see the world's most gifted Junior dancers aged 12-14 years old and Senior 15-19 years old respectively in their division. The dancers performed in front of judges and the audience one last time before winners and scholarship recipients are announced during the Awards Ceremony. This is the opportunity for them to get scholarships at the world's most prestigious dance companies.

Check out some of the performances from the first night's YAGP The Final Round below:

The second night of Youth America Grand Prix's “Stars of Today Meet the Stars of Tomorrow' Gala” continued at Lincoln Center's David H. Koch Theatre with a cocktail reception followed by the performance and finishing off with dinner at the beautiful venue. The event is one of the most anticipated events of the year as well known personalities make their presence by attending to support youth in the arts. Amy Astley was the honorary chairman and Marcella Guarino Hymowitz as chairman, Samantha Boardman-Rosen, Colby Mugrabi, Candice Jordan Miller, Ashley Olsen, Mary Kate Olsen, Lesley Thompson Vecsler all served as co-chairs.

Last but not least, the closing event took place on Friday, April 14, 2017 at David H. Koch Theater celebrating "Julio Bocca, A Tribute to a Dance Legend" in conjunction with his 50th Birthday with International Stars. YAGP paid a special tribute to the legendary Argentinian ballet dancer in honor of his trajectory work in the world of dance. Many of Mr. Bocca’s celebrated partners and personal friends, including Nina Ananiashvili, Marlon Dino, Cecilia Figaredo, Marcelo Gomes, Isaac Hernandez, Lucia Lacarra, Manuel Legris, Joaquin De Luz, Luciana Paris, Tiler Peck, Herman Piquin, Tamara Rojo, Yuan Yuan Tan and others gathered from all over the globe to honor the Latin-American legend who “broke the mold” by becoming the first ballet dancer from Argentina to gain worldwide recognition. Mr. Bocca went on to win the hearts of audiences around the world, inspiring and influencing several generations of male dancers. A full house closed the event and attendees were completely mesmerized by the different performances and final congratulatory party celebrating his work. A standing ovation to Julio Bocca had the entire theatre standing applauding the performers as well as thanking Julio for his work.

Feel free to peruse some of the photos below to get a glimpse of the evening with Julio Bocca. 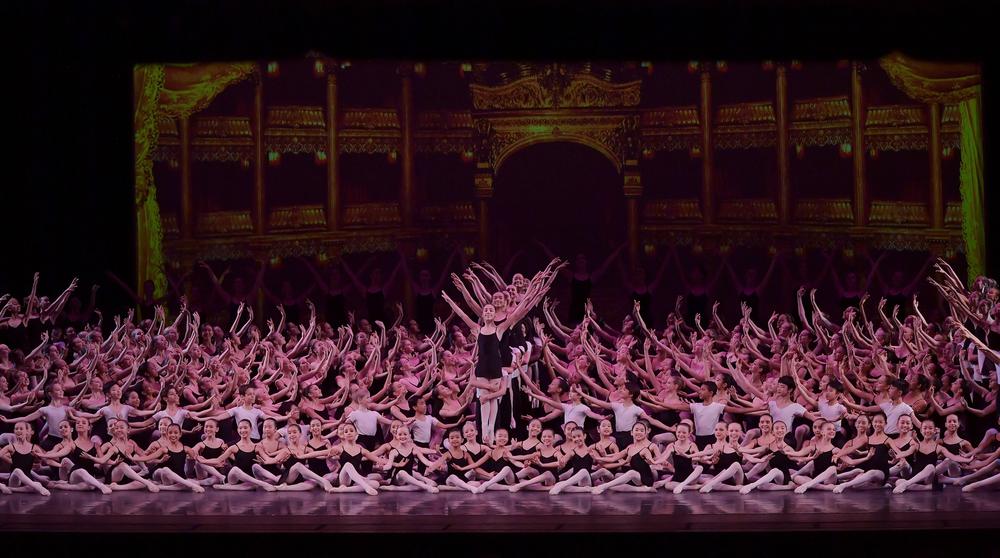