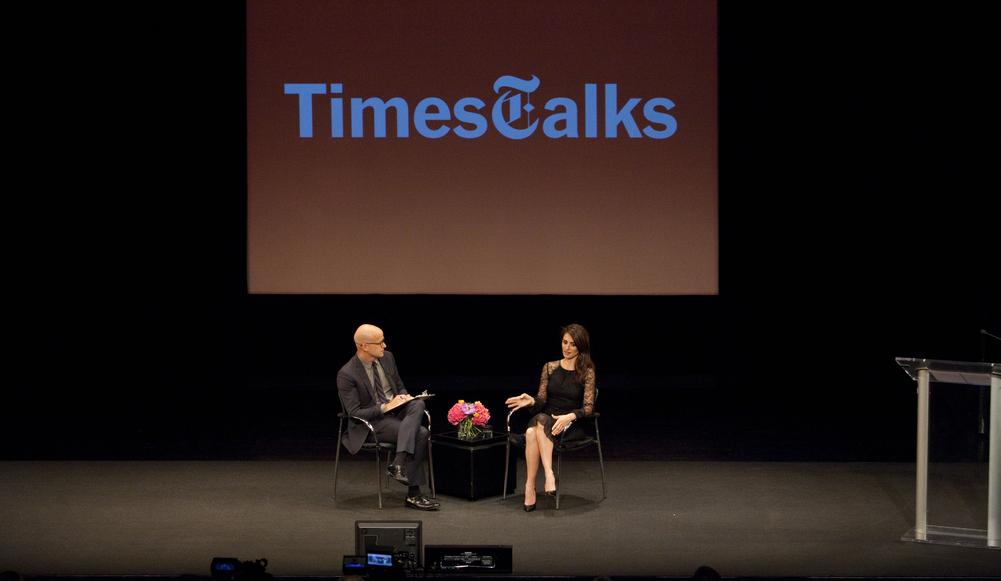 The film is about a woman named Magda (Cruz) who goes thru a tragedy, then gets diagnosed with breast cancer but life throws her a positive curve ball. She in addition, to this devastating outcome becomes pregnant and has to try to overcome the experience of dealing with breast cancer while going thru a pregnancy. In addition, she forms an unexpected bond with a soccer scout (Luis Tosar) whose wife has been gravely injured in an accident.

During the Q&A Penélope said she did a lot of research for months and met women whom had breast cancer in order to fully immerse herself in this role.

The New York Film Premiere is being held on Tuesday, May 24th at Landmark Sunshine to an invitation only crowd.

If you didn't have the chance to catch the live Q&A online or in person last night, you can watch it right here.