​On Wednesday, May 1st 2017 more than 200 guests attended the 76th Anniversary of The French-American Aid For Children (FAAFC) 2017 Bal des Berceaux Gala at the Landmarked Rainbow Room. FAAFC presented the ‘Children Come First Award’ to France Parrainages in honor of their 70th Anniversary.

​The evening began with a cocktail reception at The Gallery located on the beautiful 65th floor of Rockefeller Center. Guests were able to experience panoramic views of the city while mingling and savoring on an array of delicious passed hors d'oeuvres as well as a great selection of beverages. Following the cocktail reception, the seated dinner took place at the Rainbow Room were guests had a choice of beef, fish and a vegetarian main course. Commencing the dinner both the American Anthem and French Anthems were sung by Gianee Martinez and Kristina Gilklad respectively.

Tanya Rivero, host of “Lunch Break” on Wall Street Journal Live served as Emcee and said "I was delighted to MC the 2017 FAAFC gala, especially considering my family's connection: my husband's grandmother was president of FAAFC in the 1960s. It is inspiring to see how FAAFC has thrived since then, helping French and American children in need, carrying forward a post-war partnership, while adapting to modern realities."

Margarita Somnolet and Lucila Vollbrechthausen were co-chairs of the event. The 76th Bal des Berceaux was under the patronage of His Excellencies Gérard Araud, Ambassador of France to the United States, Francois Delattre, Ambassador of France to the United Nations, and the Consul General of France in New York, Anne-Claire Legendre, who presented the engraved Baccarat Award to France Parrainages for their exemplary work with vulnerable children.

Kips Bay Boys and Girls Club ‘K-Company’ performed a moving ballet and Nicholas Lowry of Swann Auction Galleries led the Live Auction. The celebratory evening ended with lively dancing after a “Wishing Well” of donations to directly benefit France Parrainages. “Once more, our guests say they had a wonderful evening, and were delighted to participate in the financing of worthy causes and building brighter futures for needy children in the US and France”, says Marguerite Mangin, FAAFC President.

All funds raised from this event will be dispersed to seven children charities in the US and in France in celebration of their commitment to ‘Building Brighter Futures’. The American charities are: Kips Bay Boys & Girls Club: an after-school activity center in the Bronx where teens and youngsters learn to recognize and develop their potentials; Storefront Academy Harlem: a private, tuition-free school in Harlem with programs from pre-school to 8th grade; The Children's Village: a residential care and treatment center for neglected, battered and abused children in judicial care, reeducating families to reintegrate their children back into a safe home life.

ABOUT FRANCE PARRAINAGES Started as the ‘French Center for the Protection of Childhood’, the mission of France Parrainages is to sponsor children and youth in difficult social situations. By identifying and selecting host families, France 2 Parrainages helped 100,000 children over 70 years. Sponsored children are able to enjoy a child’s life, be prepared for the future, and shape their own identity. Today, France Parrainages assists 13,000 children in over 16 countries including 850 children in many French regions. FAAFC funds about 10% of the French programs.

ABOUT FAAFC French-American Aid for Children, Inc. “Children Come First” (FAAFC), is a New York 501(c)(3) nonprofit organization. FAAFC is composed of volunteers and has been in existence for the past 78 years. FAAFC’s primary purpose is to provide financial assistance to vetted children’s charities promoting the health, education and prevention of abuse of children in both United States and France. The funds donated by FAAFC are earmarked for specific projects and their use is closely monitored. As the sole non-profit organization in America which has been generously donating time and funds to children’s charities in France and in the United States, FAAFC follows a long-standing tradition of fundraising for neglected, abused, and sick children.

ABOUT BAL DE BERCEAUX The annual Bal des Berceaux was first held in 1942 and has been FAAFC's main fundraising event ever since. Nearly half a million dollars were raised at last year’s gala. All funds are used to further FAAFC’s mission of ‘Children Come First.’ The event attracts French and American dignitaries as well as distinguished guests from the New York area and community leaders from around the world. 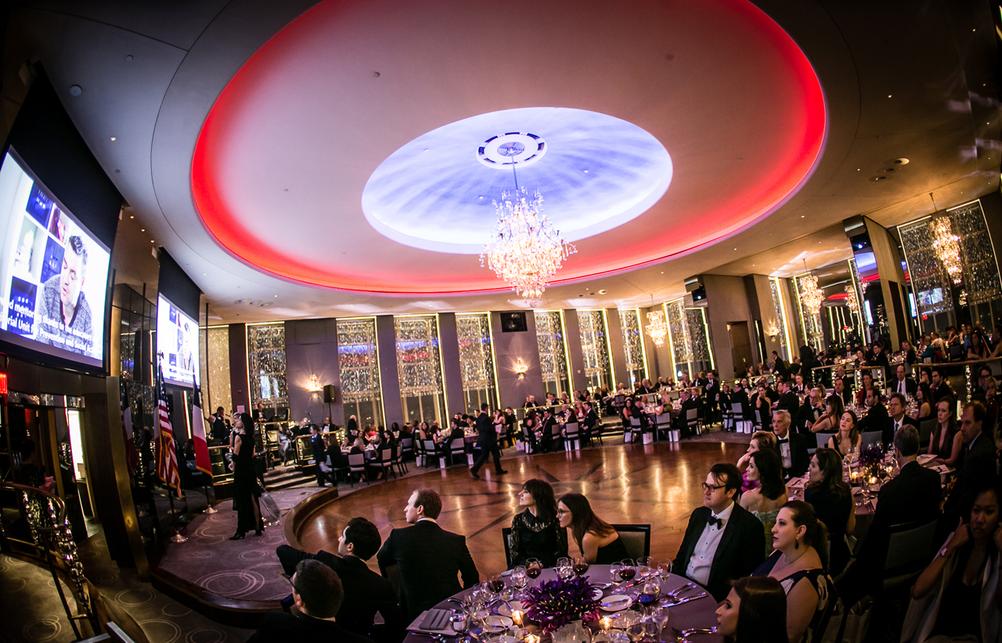