The story is about a very talented but emotionally disturbed dancer Claire Robbins played by Sarah Hay who flees from her home and goes to New York City to fulfill her dream to become a ballerina in one of the most cutthroat cities in the world. She quickly finds herself immersed in the world of professional ballet at the American Ballet Company as well as the unexpected experiences some dancers goes thru to make it in that world.  Claire's problems come from her family at home and she takes this to New York and in a way brings out spectacular performances by letting it all out in the studio and on stage.

Sarah Hay began her training at the School of American Ballet at the age of 8 and later attended the Jacqueline Kennedy Onassis School of Ballet at the American Ballet Theatre. She was a soloist at the Dresden Semperoper Ballett in Germany and now has an acting career and leading actress on the Starz network series "Flesh and Bone". Sarah was not one of the original dancers they were considering for the lead role. They were looking for a protagonist in the US, since they did not find one they decided to see talent from Europe. She was working at Dresden Semperoper Ballett in Germany when she submitted her tape. She was one of three people whom they asked to come to New York to audition for the part and was offered the lead role.

​Flesh and Bone has other professional dancers including Sascha Radetsky who portrays Ross in the show. You may remember him when he played the lovable Charlie for the movie Center Stage. Sascha has since travelled the world performing as a professional ballet dancer but has taken a small time of his busy schedule to be part of this limited series.

In addition, Irina Dvorovenko who is an Ukrainian American actress and former principal ballet dancer with the American Ballet Theatre in New York is part of the show as well. Irina portrays Kiira, a prima ballerina at the ballet. A competitor and survivor overcoming body struggles as she's trying to keep her title and position at the ballet. She is the ringing star of the company and Paul's longtime muse, she is terrified due to a common problem a lot of ballerina's face, aging and injuries. She is very concern to loose her coveted position as prima ballerina and does everything in her power to maintain her top position in the ballet.

​The American Ballet Company school is led by Artistic Director Paul played by Ben Daniels, a bipolar man who views Claire as his key to its success. As a former acclaimed dancer, he believes to be a great nurturer of young talent, and expects extreme dedication and devotion from his dancers in return.

​The show brings the dark side of the world of Ballet and the struggles a lot of dancers go through to try to make it while battling inner demons and personal emotional problems. The show is raw, twisted and unique. I had the opportunity to see the entire limited series during a weekend and can't wait for the second season. ​

A performance of Don Quixote Wedding Pax De Deux and Coda by Gillian Murphy and James Whiteside. Gillian portrayed Kitri and James portrayed Basilio for the performance. The music was by Ludwig Minkus and choreography by Marius Petipa and Alexander Gorsky.​​ 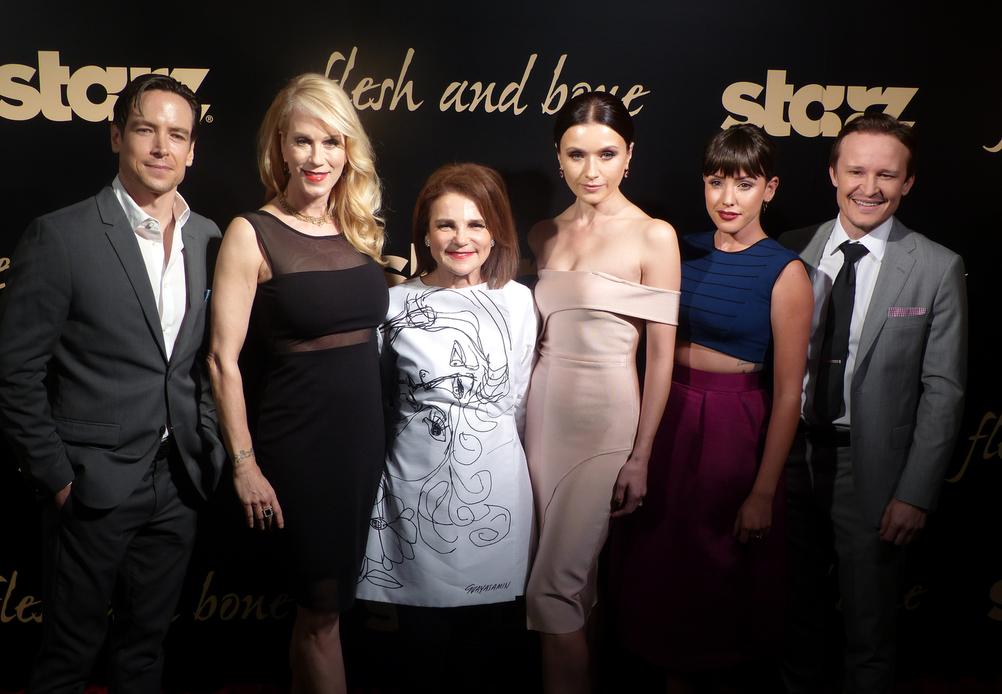 Interview at the red carpet with Sarah Hay who portrays Claire Robbins.

Click here for more information about Flesh and Bone. 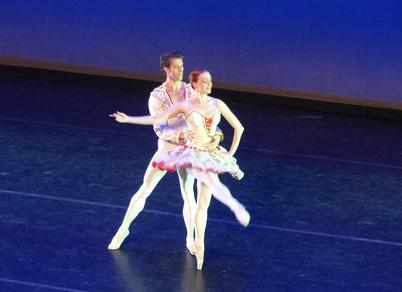 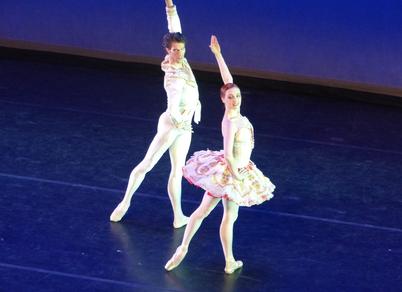 James Whiteside and Gillian Murphy performing at Skirball Center prior to the premiere screening of STARZ Flesh & Bone.

Video Interviews: Check out some of our interviews with members of the cast. 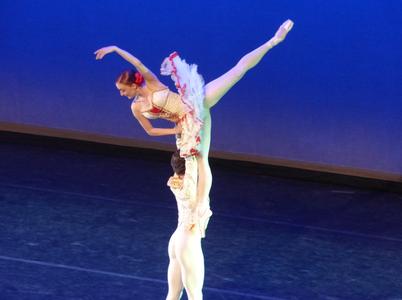 On Monday, November 2nd, 2015 STARZ held the red carpet premiere of their new television show Flesh and Bone which aired the first episode "Bulling Through" to a full audience at NYU Skirbull Center.  The series first episode aired on Sunday, November 8th but people can watch the full 8 episodes ON DEMAND and on STARZ PLAY.

The show is a limited series from Emmy-winning writer Moira Walley-Beckett. Moira is a multiple award winning playwright, television writer and screenwriter working on shows including co-executive producing "Breaking Bad" for 6 years. She also has written on the NBC Drama "Raines" and "Eli Stone" as well as ABC's "Pan Am". Currently she has a feature film "The Grizzlies" currently in development.

​During the reception guests enjoyed Champagne, Hors d'oeuvres and red and white wine. Following the reception was a performance of Don Quixote Wedding Pax De Deux and Coda by Gillian Murphy and James Whiteside. Gillian portrayed Kitri and James portrayed Basilio for the performance. The music was by Ludwig Minkus and choreography by Marius Petipa and Alexander Gorsky.​​