The air is crisp and the sun is out and finally it's officially spring in the city, what better way to celebrate than by raising money to support research programs for Parkinson's Disease. On Wednesday, April 5th hosted by the Young New Yorkers for the Fight Against Parkinson’s and the Parkinson’s Disease Foundation (PDF), a division of the Parkinson’s Foundation held their 10th Annual Celebrate Spring New York at LAVO Nightclub on East 58th Street in New York City. The evening had a record breaking success by raising $150,000 from nearly 300 attendees to support the Foundation’s research programs.

The crowd was a great mix of veteran attendees as well as young philanthropists who are in the helm of being part of the next wave of individuals to help support and raise money for research for this debilitating disease which affects an estimated one million people in the United States. Parkinson’s disease is a progressive, incurable neurological disorder associated with a loss of dopaminegenerating cells in the brain that results in a complex array of symptoms. It is primarily associated with progressive loss of motor control, but there are many more non-motor symptoms.

Celebrate Spring New York was founded by G. Pennington Egbert III, his sister Missy Egbert Sheehan and their close friend Georgina B. Schaeffer whose fathers both lived with Parkinson’s disease.  This core group joined together to engage the next generation of philanthropists, by creating the Young New Yorkers for the Fight Against Parkinson’s committee, a network of nearly 100 New Yorkers dedicated to advancing a cure for Parkinson’s. Each year the committee hosts Celebrate Spring New York, which has raised over $750,000 since its inception and has brought countless young supporters into the fold to help fund the work of future leaders in Parkinson’s research and care.

We had a chance to speak with the host of the evening George Oliphant, who is a home improvement specialist and Emmy-award winning host of George to The Rescue on NBC. George has been supporting the Parkinson's Disease Foundation as his father is suffering from this disease. We appreciate George being involved since he's a TV personality and helps by contributing his time to support the need to raise money for the disease.

​To become a volunteer or for more information on the Parkinson’s Foundation, please visit www.pdf.org/csny. 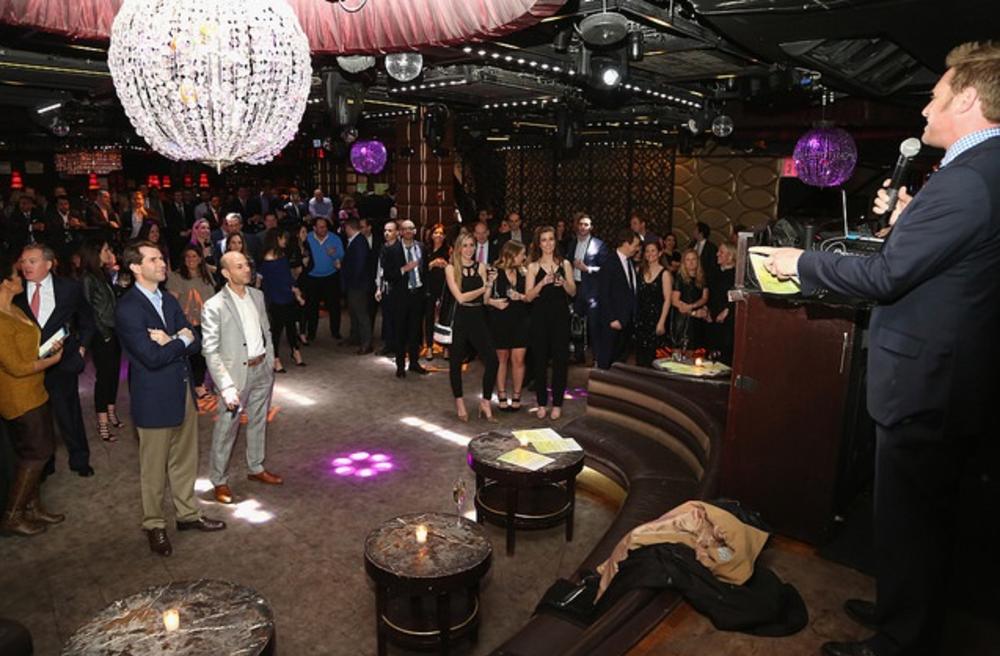