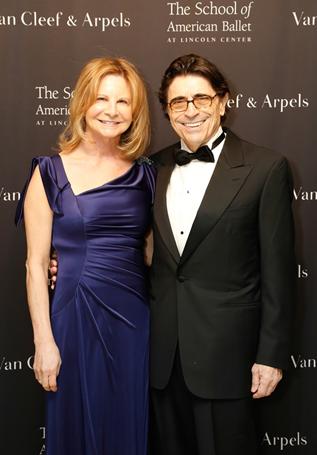 The magical evening continued as guests danced and mingle with each other. Exquisite dessert celebrating the 80th Anniversary gala  was surely enjoy by the Encore after-party guests who were watching the performance on the second ring floor. They enjoyed the evening by having dessert, cocktails and wine. They surely spiced the evening by joining the Gala crowd and immerse themselves and started dancing pretty much as soon as the performance was over as the floor was opened for everybody to enjoy.

ABOUT SCHOOL OF AMERICAN BALLET: The School of American Ballet, the official training academy of the New York City Ballet, was established in 1934 by legendary choreographer George Balanchine and philanthropist Lincoln Kirstein as the first and most essential step in their quest to create an American classical ballet company. SAB, located at New York City's Lincoln Center, is the premier ballet academy in the United States, training more students who go on to become professional dancers than any other school. SAB's former students fill the ranks of the New York City Ballet and other leading U.S. and international ballet companies.

The School of American Ballet dancers prior to their performance during the Encore after-party. 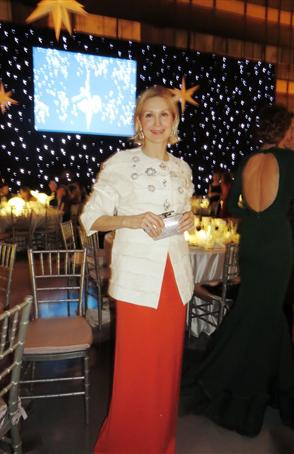 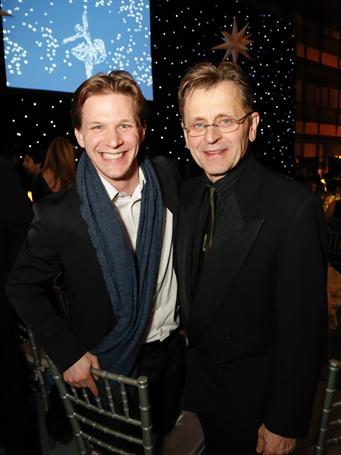 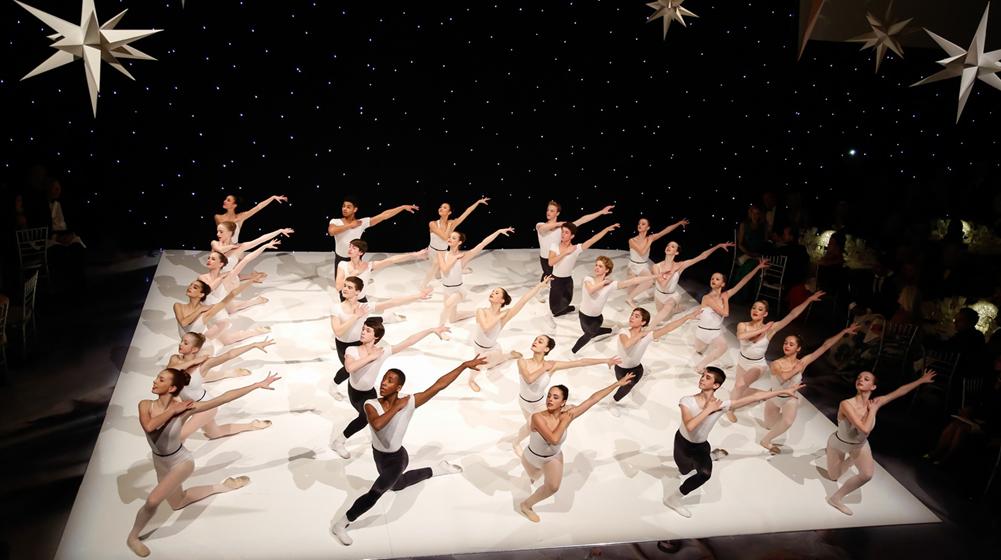 A performance by The School of American Ballet dancers.

The School of American Ballet held their 2014 Winter Ball at Lincoln Center’s David H. Koch Theater on Monday, March 3, 2014. The event was sponsored for the seventh consecutive year by French Maison Van Cleef & Arpels. Cocktails began at 7pm followed by dinner at 8pm. The Encore dessert and dancing party started at 9pm.

The glamorous annual dinner dance is attended by 500 patrons, including the School’s board members and alumni as well as leaders from the New York corporate and social communities. A highlight of the evening includes a one-time-only performance by the advanced students of The School of American Ballet choreographed by Silas Farley, selected for the second consecutive year by Peter Martins, Artistic Director and Chairman of Faculty for the School of American Ballet. The proceeds from this event enable SAB to distribute $1.8 million annually in student scholarships and support the School’s renowned faculty and state-of-the-art facilities at Lincoln Center. This year’s event a Starry Night celebrates SAB’s 80 years of dedication to the field of ballet, as attendees toast the School’s good fortune at this momentous anniversary. Ron Wendt Design created another unforgettable atmosphere for the event.

For the seventh consecutive year, Van Cleef & Arpels is the lead corporate sponsor of the gala. This partnership salutes the storied friendship between SAB’s founder George Balanchine and Van Cleef & Arpels founder Claude Arpels. The Encore is the Winter Ball after-party, sponsored by J. Mendel. Following dinner, 200 of the city’s most sophisticated philanthropic young professionals join the Winter Ball for dancing and dessert. Dinner tickets include admission to The Encore and after-party-only tickets were also available. The event is led by Chairmen Diana DiMenna, Julia Koch, and Serena Lese; and Young Patron Chairmen Noreen Ahmad, Amanda Brotman and Chelsea Zalopany.

at the David H. Koch Theater 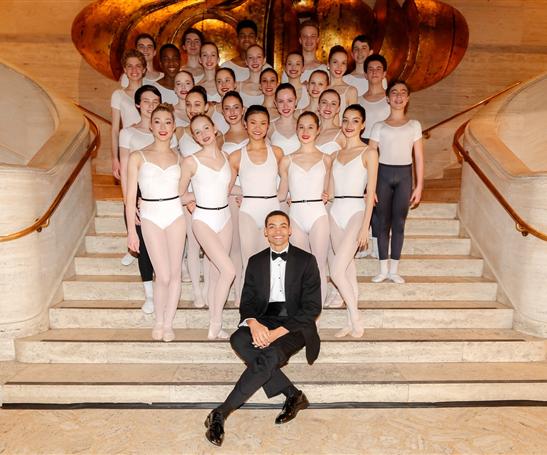