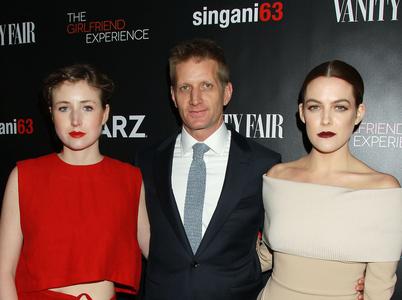 The limited television series is a provocative and sexy half-hour drama which gives you an inside look to the world of high-end escorts. The ladies whom are young, beautiful, yet fully educated are drawn to this type of work because of the quick access to money, luxury and living in a fantasy world. The show although filmed in Toronto, Canada is supposed to be based in New York City.

The Paris Theatre was a full house and the guests enjoyed watching the first two episodes of the show. We overheard guests saying they couldn't wait for the opening weekend in order to binge-watch all 13 episodes. Guests continued with the celebration at the official after-party held at Nobu Fifty Seven. The food of course, amazing including sushi, sashimi, tuna tartare, japanese mochi among other delicious treats.

The official liquor sponsor was Singani 63 which is the culmination of a 51-year, privately funded project known as the Steven Soderbergh adventure, the purpose of which is to identify the exceptional in all areas of human endeavor. SINGANI 63 is a superb stand along spirit while equally mixable. We had the chance to savor the taste with a variety of options to choose from including: 1. The Fast Cash - Singani 63, Hokusetsu Sake shaken with Ginger and Cucumbers over Ice. 2. Sudden Impulse - Singani 63, Hibiscus Blackberry Chia, Meyer Lemon and Ginger Liqueur and sparkling wine. 3. The Corner Suite - Singani 63, Creme de Peche, Lime, Ginger Beer over ice.

​The evening wouldn't be complete without the music from DJ Zen Freeman. The after party quickly turned into a club experience as most guests were dancing the night away with his fabulous mix of music making it one of the best and most fun after parties flawlessly executed.

Be ready to binge and watch The Girlfriend Experience April 10th! 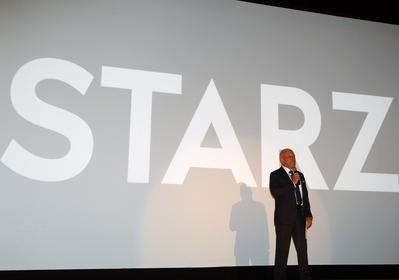 On Wednesday, March 30th, 2016 STARZ and Vanity Fair held the black carpet premiere of their new television limited series The Girlfriend Experience which aired the first two episodes to an invitation only audience at The Paris Theatre in New York City followed by the official after-party at Nobu Fifty Seven.  The first episode will air on Sunday, April 10th at 8PM EST on the STARZ Network. All thirteen episodes will be available ON DEMAND and on STARZ PLAY.

The show is about Christine Reade (Riley Keough) who plays a second year student at Chicago-Burnham Law School and a new intern at the prestigious firm of Kirkland & Allen. Working hard to establish herself at the firm, her focus quickly shifts when a classmate introduces her to the world of transactional relationships. Known as GFEs, they are women who provide "The Girlfriend Experience"-emotional and sexual relationships at a very high price (figuratively and literally.) Juggling two very different lives, Christine quickly finds herself drawn into the GFE world, attracted to the rush of control and intimacy.

The STARZ Original limited series, from acclaimed filmmaker Steven Soderbergh and co-creators Lodge Kerrigan and Amy Seimetz, consists of 13 half-hour episodes. Executive produced by Soderbergh, Philip Fleishman, Lodge Kerrigan, Amy Seimetz, Jeff Cuban and Gary Marcus, the series is suggested by the 2009 Magnolia Pictures film of the same title, directed by Soderbergh, which, like the STARZ series, premiered at the Sundance Film Festival.

Click here for more information about The Girlfriend Experience. 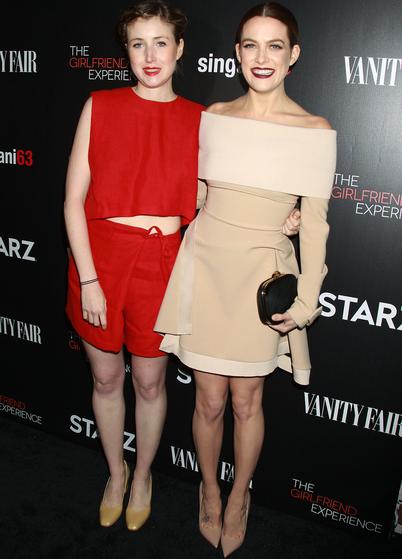 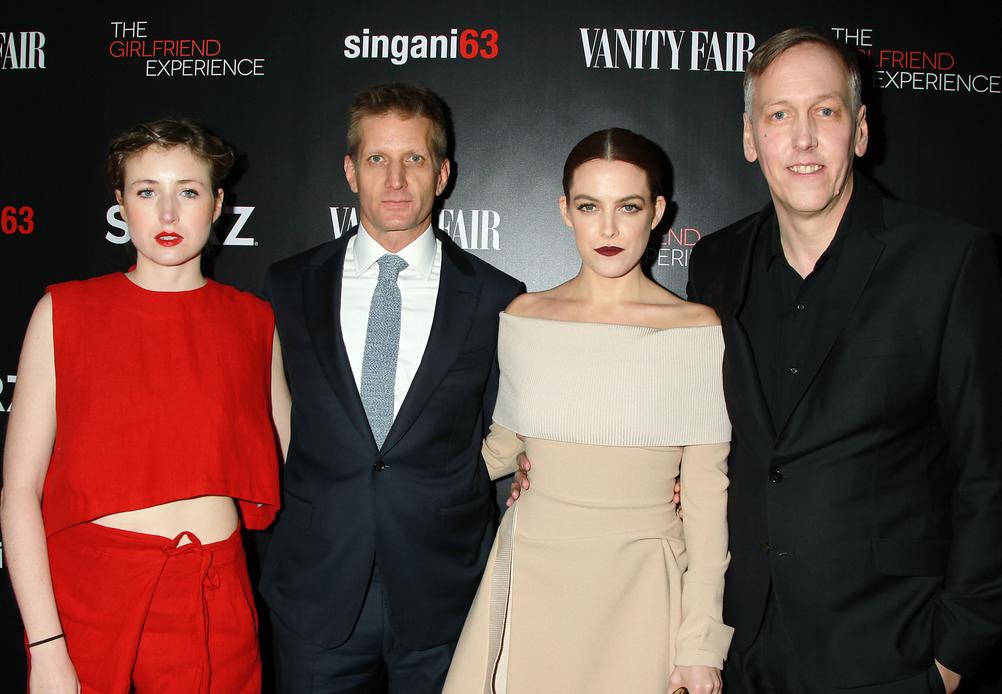 Kate Lyn Sheil and Riley Keough during the Black Carpet premiere of STARZ New Limited Series The Girlfriend Experience at The Paris Theatre.