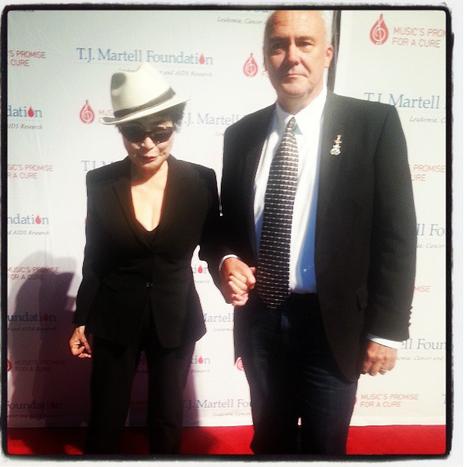 Afo Verde and his wife

John Paul DeJoria and his wife 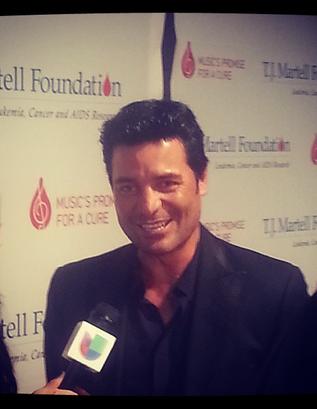 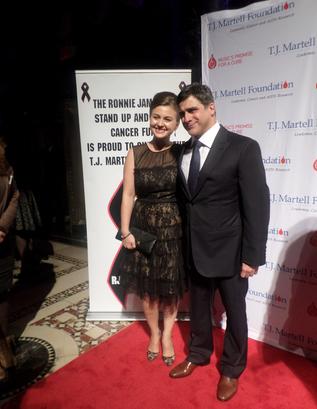 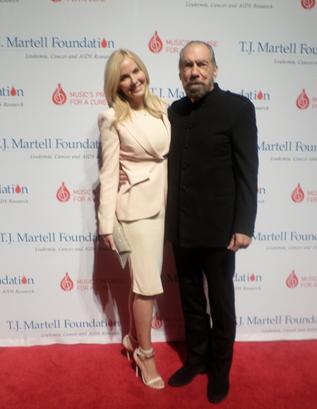 The fundraiser was very successful where the foundation raised $1.6 million. John Paul DeJoria, Co-founder of Paul Mitchell Hair Products and Patron Spirits Company, was awarded the Lifetime Humanitarian Award from Tony Martell, Founder & CEO of The T.J. Martell Foundation. He helped feed over 17,000 orphaned children through Food4Africa and his company Paul Mitchell provided over 400,000 life-saving meals for the children.

Afo Verde, Chairman & CEO Sony Latin, was given the Lifetime Music Industry Achievement Award from Latin superstar Chayanne and was the first Latin to be awarded by the foundation. He is in charge of 12 regional offices and 20 countries (more than 600 employees report to him region wide). Afo supervises a roster of 500 acts, including such superstars as Shakira, Ricky Martin. Romeo Santos and others. Under his direction Sony's Latin market share grew from 28.4 percent in 2012 to 30.5 percent in 2013 (among albums) and 38.8 percent to 44.6 percent (single downloads).

The Spirit of Music Award was presented to Marsha Vlasic, President, Artist Group International and Hard Rock International by Regina Spektor. Some of her clients are: Neil Young, Elvis Costello, Regina Spektor, Cage The Elephant, Muse, the Strokes, Moby, Band Of Horses, Silversun Pickups, Iggy and the Stooges, Ben Folds, Devendra Barnhart, Julian Casablacas, and Pegi Young. Marsha is a longtime supporter of Young's Bridge School, handles the diverse lineup of top-shelf musicians who perform for the school's annual benefit and is also an advisory board member of the Global Poverty Project.

The T.J. Martell Foundation, was created in 1975 by music industry executive Tony Martell and his colleagues in loving memory of son T.J., who died of leukemia at the age of 19. It was a promise to his dying son that he asked Tony to raise dollars for cancer research so that “no one else will have to experience what he went through.” Tony did it without fund raising experience. Thanks to friends in the music industry like Ella Fitzgerald, Benny Goodman, and Duke Ellington they held the first fundraiser at Buddy Rich’s nightclub in New York. The organization is the music industry's largest foundation that funds innovative medical research focused on finding cures for leukemia, cancer and AIDS.

The organization contributes to important achievements in the research on cancer and AIDS. One example is their support of Through My Cancer Genome at Vanderbilt Ingram Center that is the nation's first personalized cancer decision support tool that provides the physicians with the latest information on discoveries and clinical trials. There will be a new brain tumor tissue bank at the Arnold Palmer Hospital for Children/MD Anderson Cancer Center Orlando. More information about the organization can be found on www.tjmartell.org.