Miami, FL (March 5, 2016) – The Buoniconti Fund to Cure Paralysis, the fundraising arm of The Miami Project to Cure Paralysis, celebrated its 30th anniversary in high-style tonight, treating more than 2000 of its friends and supporters to a star-studded extravaganza highlighted by a concert headlined by “Mr. Worldwide,” the global music icon Pitbull,and the Italian luxury brand Brunello Cucinelli showcasing the company’s Spring 2016 Collection thanks to Neiman Marcus Bal Harbour.

To celebrate Bal Harbour Shops’ 50th anniversary and The Miami Project’s 30th anniversary, the nation’s top shopping destination and the world’s most comprehensive spinal cord injury research center teamed up again to produce Destination Fashion 2016.  This event remains the only time in Bal Harbour Shops’ history when its doors are closed to host this truly one-of-a-kind, high-profile, private celebrity-styled affair.

The March 5th affair also saw the presentation of the Presenting Sponsor Award to Swanee and Paul DiMare, Humanitarian Award to Stanley Whitman, Randy Whitman and Matthew Whitman Lazenby, The Christine E. Lynn Champion for a Cure Award to Micky and Madeleine Arison, The Outstanding Philanthropists Award recipients were Gloria and Emilio Estefan, and The Miami Project Spirit of Giving Award went to Edie Laquer. Also receiving special awards were international philanthropistsChristine E. Lynn and Lois B. Pope, both longtime benefactors of The Buoniconti Fund.

In addition to the Pitbull concert and Brunello Cucinelli’s Spring 2016 Collection presented by Neiman Marcus Bal Harbour, guests traveled their way through the progressive party that showcased the fashion trends, movies, television and entertainment through the Decades-60s, 70s, 80s, 90s and 2000s.  Partygoers also had the opportunity to bid on the magnificent “Too Good to Keep Silent” auction items donated by many of the Bal Harbour Shops’ stores and other supporters including exquisite jewelry, exclusive trips, and other magnificent items from Chopard, Tiffany & Co., Ferragamo, Buccellati, Harry Winston, and Goyard, among others.

“Each year we are amazed by the support we receive from our many friends from around the globe, and this year was like no other evening,” said NFL Hall of Famer and Miami Project Founder Nick Buoniconti. “We are thrilled Pitbull brought his unique musical genius to the event, and that the brilliant designer Brunello Cucinelli shared his Spring 2016 Collection with us thanks to Neiman Marcus Bal Harbour, With the support of Today Show Co-Host Savannah Guthrie, who emceed this phenomenal affair, and staunch support from Gloria and Emilio Estefan, Tommy Lee and Dawn Jones, and Christian and Brittany Slater, it was certainly a night to remember that will go a long way in helping us raise much-needed funds for our efforts to cure paralysis.”

For more information about The Buoniconti Fund, please visit: www.thebuonicontifund.com, follow us at facebook.com/cureparalysis, or twitter.com/BuonicontiFund.​ 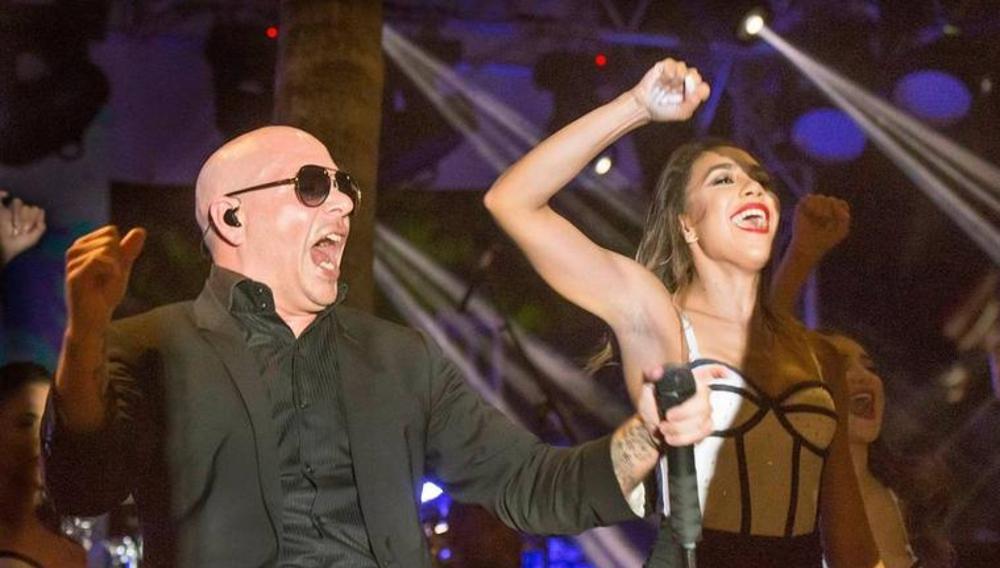