In late September 2016 we were invited to attend a premiere for a new Louis XIV inspired TV Show to tell the story of VERSAILLES which launched on October 1st, 2016 on OVATION TV. We have attended premieres for film and television shows but we have never experienced a 3-Night Opening Premiere with the cast in attendance and an invitation only dinner with the finest French cuisine along Louis XIV and Chef Nicolas R. Frezal of Bagatelle on Night 1. The experience continued Night 2 with a cocktail party and French 17th century experience at Beautique which is a refined American restaurant served in a posh setting influenced by Coco Chanel's Paris apartment.  Night 3 continued at The Box which is a unique & exclusive club featuring nightly shows that combine music, theater, burlesque & erotica. During all the 3-nights the parties encompassed the splendid world of the 17th Century reliving a French Era with Louis XIV during his kingdom in Versailles, France.

Wednesday, September 28th marked the first day of the 3-day event to celebrate Ovation TV’s new series, Versailles. The most-expensive series ever produced in France, Versailles takes the period genre to new dimensions, injecting a vibrant modernity into an era that put France at the epicenter of glamour, culture and fashion.

Chef Nicolas R. Frezal is the French born Executive Chef at Bagatelle who started his culinary training at the age of 14. After working in Paris and then Canada, Frezal moved to NYC in 2009 to work at Daniel Boulud’s restaurant Daniel in the Upper East Side working under Executive Chef Jean-François Bruel. In 2014 he joined Bagatelle New York as the Sous Chef and was promoted to Executive Chef this year. Chef Frezal curated a special Louis XIV menu for this event and it certainly did not disappoint.

Actors and dancers donned in 17th Century French costumes greeted guests as they came in, guests were able to taste a 110-year old cognac from the Grand Marnier tasting station, and Co-Creators and Executive Producers David Wolstencroft and Simon Mirren, along with key members of the cast shared their behind-the-scenes experience of making the series. Actress and singer Lisa Zane best known for her role in Freddy's Dead: The Final Nightmare, closed out the evening with a special performance.

The invitation only events included a few members of the press whom were able to stay and experience the three evenings which was simply divine. We received goody bags with a Versailles champagne to continue our French experience as well as macaroons from Ladurée and a copy of a DVD with the first 4-episodes of the show. I've seen the 4-episodes twice already and can't wait to continue to watch the remainder of the episodes this season. The show is provocative, hot, sexy and the performances by the cast is superb. In addition, the 17th century costumes are splendid and I can't imagine what the experience was like to film in the castle of Versailles. Be sure to catch this show as you will simply be wanting more...

Check out photos and videos from the 3-night French inspired experienced at Bagatelle, Beautique and The Box.

For more information about the show, go to go the website VERSAILLES.

OVATION TV  3-Night Premiere of their Anticipated TV Show VERSAILLES held Night 1 at Bagatelle, Night 2 at Beautique and Night 3 at The Box in New York City 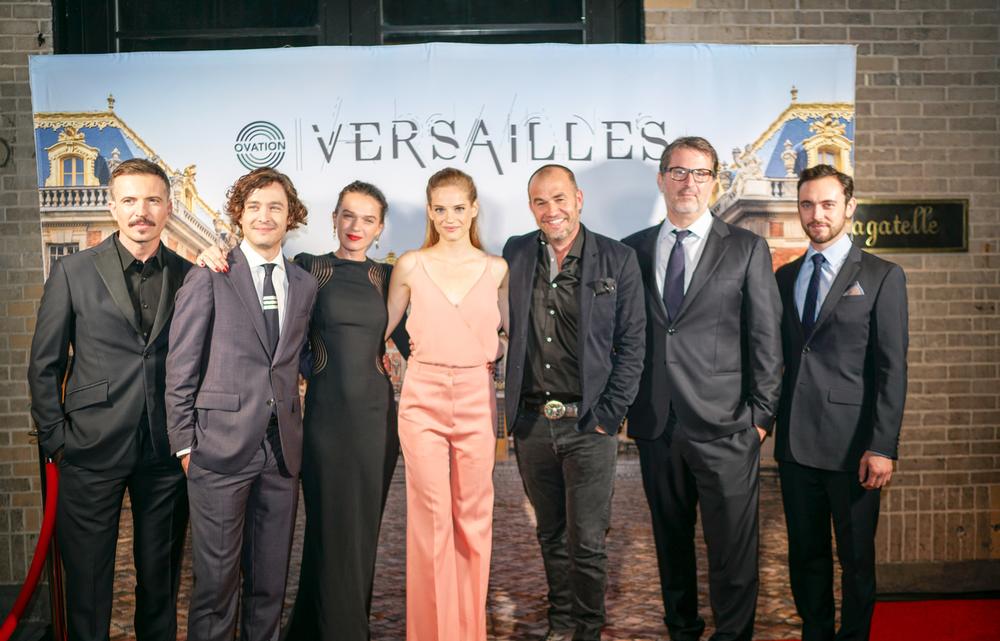