Make sure you visit her store in LA, Chicago and NYC or shop online.

On Friday, February 7th fashion designer Trina Turk introduced her Fall 2014 collection at The Hub at The Hudson Hotel for New York Fashion Week 2014. She also introduced the Men's Line MR. TURK and TRINA TURK bags and shoes.  TRINA TURK & MR. TURK Fall 2014 take a drive west on Sunset Boulevard through LA from Silverlake to the sea. Juxtaposed patterns and textures--from sharp geos to lush florals--reflect the pulse of the city side by side with verdant neighborhoods.

The presentation for TRINA TURK and MR. TURK was chic and fresh, with a mix of models to represent the shopper who would be attracted to her distinct designs. TRINA TURK describes the colors and textures for her Fall 2014 Collection as mineral greys, taupe, navy and camel, accentuated by Loganberry, Lipstick and the Burnt Orange of a sunset sky. Mixed media and surface interest continue in jacquards, napped coats, printed failles, finewale corduroy, and sweater stitches.

MR. TURK reinterprets traditional menswear patterns in fresh colorations. Trina Turk loves a skirt combined with borrowed-from-the-boys silhouettes and fabrications. The multicultural vibe of Los Angeles allows uncensored styling. TRINA TURK and MR. TURK offer a great collection where they've carefully curated their most appealing looks, now accompanied by a selection of bags, shoes, boots and accessories. She has now become a one-stop shop to meet your fashion needs. Trina Turk wore a black tailored suit stamped with glossy jacquard flowers based off a forest green Mr. Turk style shown in the fall presentation. Turk was such a fan that she decided to throw in a women's version as well. 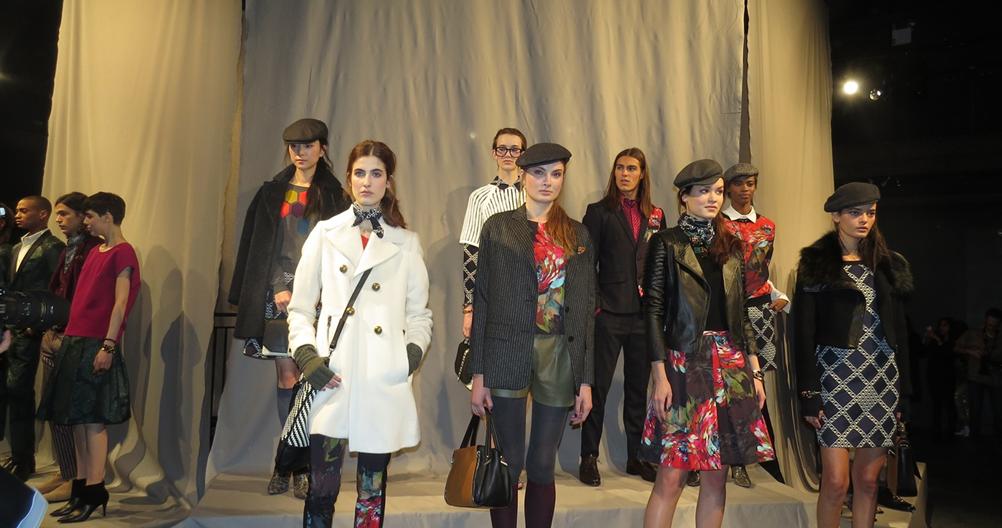