The Conservancy, which began 30 years ago as a grassroots community group advocating to build Brooklyn Bridge Park on former industrial land, has provided free public programs for more than one million visitors over the past 16 years. This year, proceeds from the Brooklyn Black Tie Ball will benefit the Conservancy’s 500 free and low cost programs, which help keep the Brooklyn Bridge Park waterfront vibrant and thriving. In 2014, over 170,000 individuals enjoyed Conservancy events, including kayaking, waterfront workouts, and environmental education classes for school groups as part of its extensive lineup of educational, recreational, and cultural activities.

“We were thrilled to honor Mike Bloomberg at our third annual Brooklyn Black Tie Ball,” said Nancy Webster, Executive Director of the Brooklyn Bridge Park Conservancy. “His vision as Mayor was critical in the creation and growth of Brooklyn Bridge Park, and his commitment to green parks and public spaces will be part of his lasting legacy to all New Yorkers.”

For the most up-to-date scheduling and line-up for all Brooklyn Bridge Park programming, follow us via the below links and visit BrooklynBridgePark.org for information.

On the evening of Thursday, October 8, 2015 Brooklyn Bridge Park Conservancy held its third annual Brooklyn Black Tie Ball and After Party. The sold out event hosted over 1000 guests and raised $1,000,000, a new record for the Conservancy. In 2014, this event raised $625,000. The extraordinary evening held at Pier 2 in Brooklyn's waterfront overlooking Downtown Manhattan, the Freedom Tower and the Statue of Liberty. Guests included Brooklyn Bridge Park Conservancy supporters, philanthropists and known political personalities to support and raise money for waterfront & education programming.

​The event included a waterfront reception and seated three-course meal on Pier 2, with the New York City skyline serving as a magnificent backdrop. During the waterfront reception guests were offered a variety of cocktails consisting of a full bar and hors d'oeuvres. Guest savored mini lobster rolls, miniature soup, mini chicken pot pie among other tastings.

The Dinner in the Skyline Tent consisted of a welcome video, presentation by Alicia Glen, Deputy Mayor for Housing and Economic Development honoring Michael R. Bloomberg founder of Bloomberg LP and three-term mayor of New York City. The dinner consisted of Autum Squash and Burrata Salad with hazelnuts, aged balsamic and pickled cranberries, followed by Braised Short Rib of Beef with parsnip puree, carrots and red watercress. Guests were able to select from Palmer Vineyards Chardonnay from the North Fork of Long Island circa 2014 or Vina Herminia, Crianza, Rioja from Spain circa 2011.

After the ball, the Conservancy Currents, the Conservancy’s young professional group, hosted a ticketed after-party where guests participated in a high-energy gathering. It included an open bar, snacks and dancing under the stars with DJ Herbert Holler from the Freedom Party.

At the event, the Conservancy honored Michael R. Bloomberg: Three-term Mayor of New York City, and founder of Bloomberg LP and Bloomberg Philanthropies. As New York City’s 108th mayor, Mike Bloomberg led a major expansion of the City’s parks, adding more than 850 acres of new parkland, much of it along the waterfront, and opening new recreational facilities in all five boroughs. At the end of Mayor Bloomberg’s term in 2013, 76% of New Yorkers lived within a 10-minute walk of a park or playground. Mike Bloomberg has been the driving force in the creation of Brooklyn Bridge Park. His strong leadership as Mayor was essential to the Park’s transition from once abandoned piers to a green and vibrant space enjoyed by New Yorkers and visitors from around the world.

The Conservancy also highlighted the September opening of its Environmental Education Center in the Dumbo section of the park. The new classroom will serve as home base for the Conservancy’s environmental field work in Brooklyn Bridge Park, plus allow drop-in hours for the public to enjoy interactive exhibits and a 250-gallon East River aquarium and touch tank. ​ 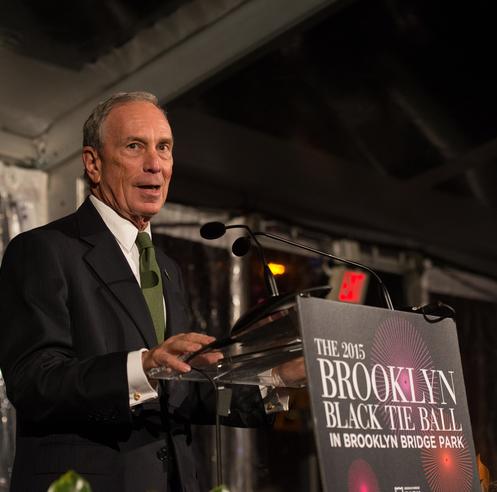 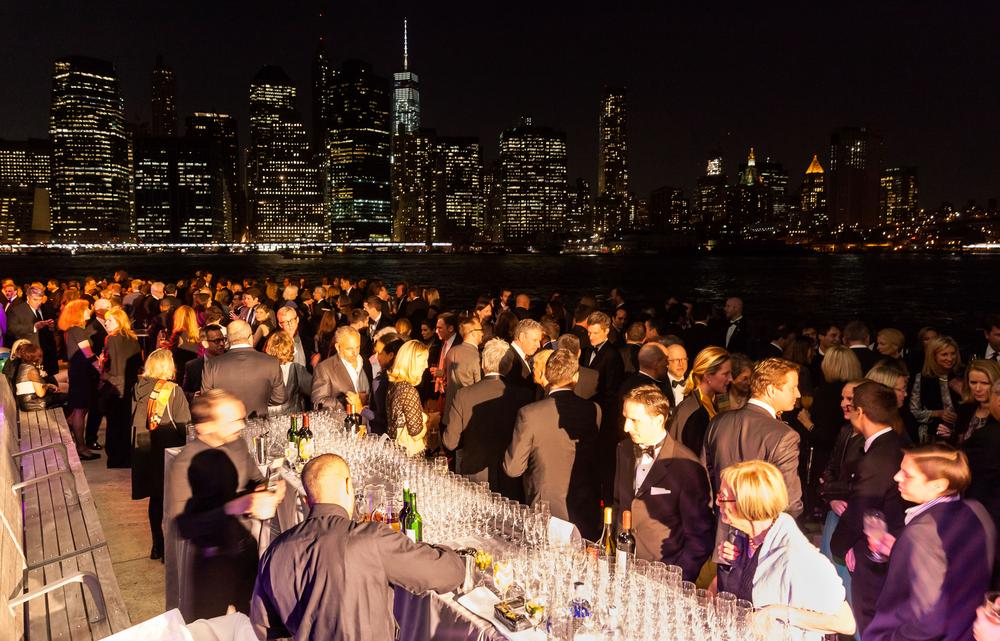 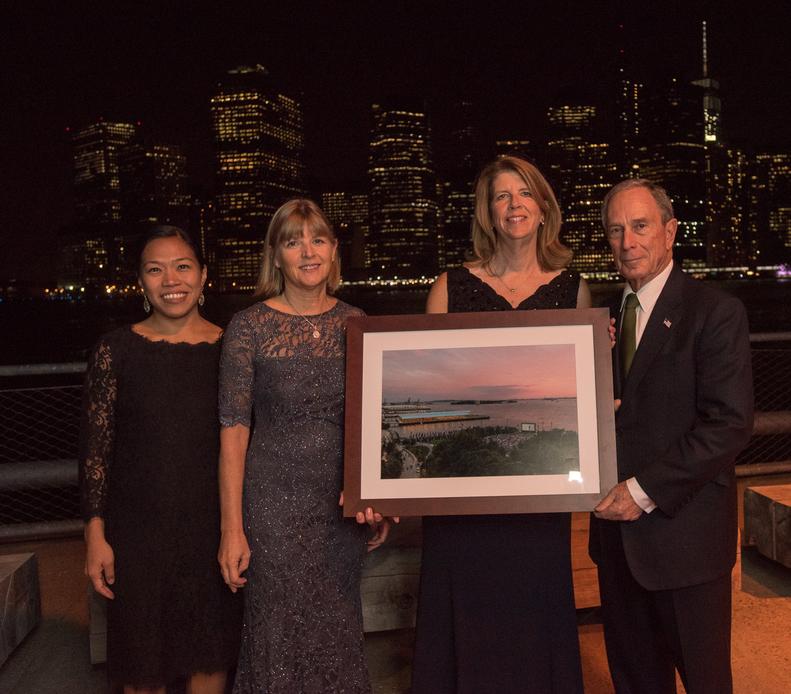