Boris Kodjoe, Patrick Kodjoe & James G. Brown, Jr. founders of ALFA (The Luxury for Custom-Tailored Clothing), was honored with TheBRAG JJ Thomas Innovator Award. One can have their custom clothes with own designs, labels and buttons at a fraction of cost. You can design a custom suit at $250 or shirts or blouses at $49 and they provided a 20% discount in the gift bag. One can view their clothes at www.worldofalfa.com.

Boris Kodjoe is one of Hollywood's most sought -after talents. He is best known for his role as "Damon Carter" on the hit Showtime TV series ”Soul Food”. He has received three NAACP Award nominations for Outstanding Supporting Actor. Also, his currently on the BET hit comedy series “The Real Husbands of Hollywood". Besides his busy interest in the big screen and his business, he is very devoted to raise funds for Sophie's Voice Foundation www.sophievoicefoundation.org a foundation he started with his wife in honor of his daughter Sophie, who was diagnosed with spina bifida at birth.

Patrick Kodjoe helped launched World of Alfa with his brother, Boris Kodjoe and long time friend, James Brown after his professional basketball career in Europe for 6 successful seasons. James G. Brown, Jr., has other full time jobs besides Alfa. He serves also for head of content distribution and marketing for REVOLT TV, Sean Comb's music network. Before that he served as SVP at the Content Development group of ESPN. He helped launched the ESPN High School business. He also served on the Board of Directors for NAMIC (National Association for Multi-ethnicity in Communications), a trade association that educate and empower more ethic diversity in the cable and telecommunications industry. For his efforts he was named to CableFAX: The Magazine's Most Influential Minorities in Cable from 2004-2010.

Audrey Smaltz first described the program initiatives and then was the energetic and clever auctioneer. Even Boris got into the act and helped with one as co-auctioneer on one of more expensive live auction items. She has over 60 years in the fashion industry first as a young model at 15 for Willie Mays's “Say Hey K girls. Then she was a model, buyer and fashion coordinator for Lane Bryant. She was also a Fashion Editor for Ebony Magazine. She was inspired by an acceptance speech from Martin Luther King to create The Ground Crew, a management that has worked for some of fashion's top designers.

After the speeches and awards many enjoyed the live performance by singer/songwriter Sebastian Mikael with his style of blending elements of R&B and pop into one with unique acoustic guitar playing. Then some including myself was dancing to the fine tunes by DJ Kiss. Besides being a fine DJ she is a noted television personality and blogger. She was awarded a “2012 Personal Style Award by Elle Magazine and named one of the “25 Most Stylish New Yorkers” by US Weekly Magazine.

BRAG awards scholarships to students who are interested in careers in the industry, have achieved academic success, and exhibit the financial need. BRAG is one of the few organizations that offer guidance to high school students, college students and young professionals via College Clubs, 10-week paid Internship Program, and other resources.

Since its inception the organization has awarded over $900,000 in scholarships to more than 400 students. They provided 31 scholarships for this year. At the 44th gala they recognized 5 extraordinary individuals. Since 1975, over 1000 interns have participated in the BRAG program.

There is annual community services that provides toys and educational items to children in need in the New York City area.

More information on their programs can be found on http://bragusa.org. 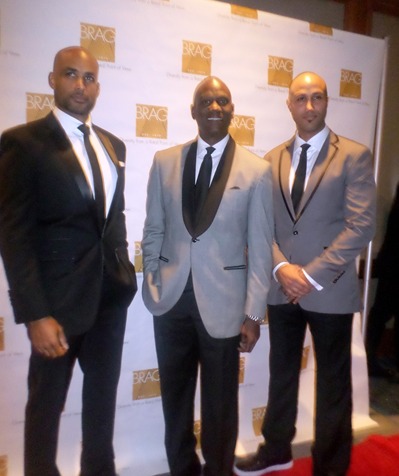 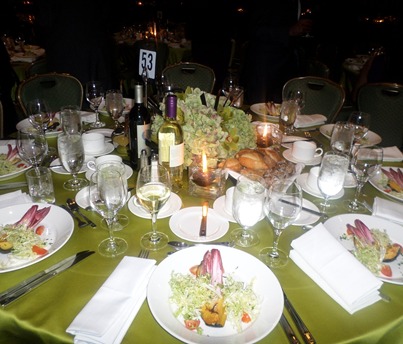 The44th Black Retail Action Group (BRAG) Gala was held at NY Hilton on October 20th, 2014. My father used to work there and it brings back fond memories.

There were over 500 well dressed attendees of various industries to lend their support. This hotel has plenty of room to network near their large ballroom during the cocktail hour. The staff was very professional and able to serve the delicious dinner at the scheduled time. The video and the sound system was clear and helped bring the message across.

Lloyd Boston, TV Host and Style Contributor, returned as host of this year’s event. He is the author of four style books where his first was LA Times Best Seller and latest was number one on Amazon.com Fashion.

Gloria Hartley, Founder and Former BRAG President, spoke about the organization. This organization origins came from National Retail Advisory Group (NNRAG) and was partially funded by Abraham & Strauss even before official charter. She was a professor at FIT.

Next Gail Monroe-Perry, BRAG President, was proud of how far the organization has come. The organization wants to help others from the Asian and Latin communities since they are important growth in the population. She also noted that the various staff is not paid and have other jobs. Gail is hoping to increase their efforts they can get an Executive Director fully committed to the job.

This year's theme was. “Dare, Defy, Disrupt,” that reflects the spirit of this years honorees.

Edward Enninful, Fashion and Style Director at W Magazine, was given the BRAG Business Achievement Award. He could not be there to accept it due to travel. Modeling icon Ajak Deng and W Magazine Market and Accessories Director Karla Martinez accepted on his behalf. He was youngest Fashion Director at the age of 18 for I-D Magazine. His work has been on various advertising campaigns and runaway shows. Shawuan Johnson, SVP/ GMM of Women’s Apparel and Accessories at Tommy Hilfiger, received the BRAG Special Recognition Award. She is one of the highest ranked black executives in fashion. Shawnan feels that organizations like BRAG give minorities a platform into the industry. 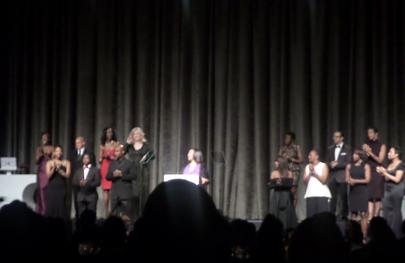