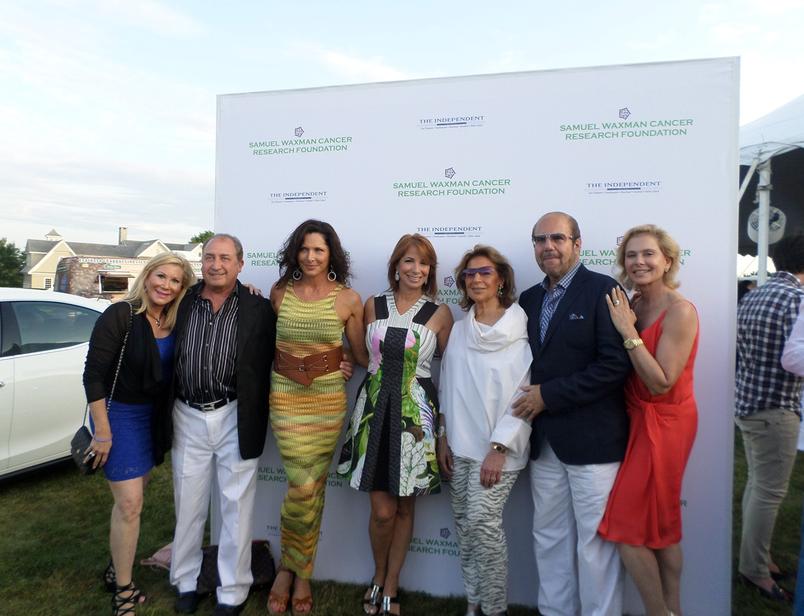 The 10th Anniversary of the Samuel Waxman Cancer Research Foundation Hamptons Happening Feast took place on a beautiful evening on July 26, 2014 in Bridgehampton. CBS News Chris Wragge served as MC for the evening and was very enthusiastic as he was showcasing some live bid options for the attendees to partake on.

The event featured Chef David Burke and honored fashion designer Betsey Johnson and co-founder of Row for Hope Paul Ridley on at the home of Maria and Kenneth Fishel in Bridgehampton, New York. Betsey Johnson was entertaining mingling with guests during the event and attendees enjoyed the music dancing the night away as well as tasting the array of delicacies at hand. One of the best events to attend in the Hamptons indeed, not only because it's perfectly executed but because it raises money for cancer research. The event  “A Hamptons Happening” fundraiser raised an estimated $400,000 to benefit the Samuel Waxman Cancer Research Foundation (SWCRF).

The mission of the Samuel Waxman Cancer Research Foundation (SWCRF) is to eradicate cancer by funding collaborative cross-institutional research to identify and correct abnormal gene function that cause cancer. This research is the basis for developing minimally toxic treatments for all patients with cancer.​​​​