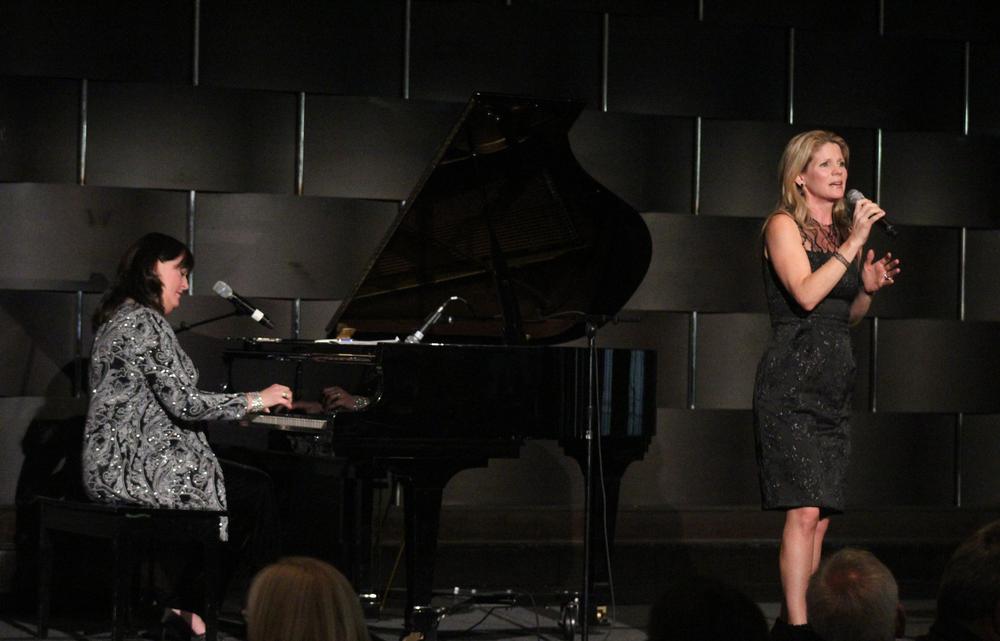 On Monday, May 16th, 2016 Broadway stars came together for a special evening to help raise funds and awareness for Creative Alternatives of New York (CANY), a leading non-profit organization known for its innovative use of drama therapy to empower children and adults who have endured trauma to rebuild their lives.

It was a full house at this year’s 2016 Annual "Theater & Therapy” Gala held in The Manhattan Ballroom at the Grand Hyatt Hotel $200,000 was raised to support CANY’s initiatives. The event was co-hosted by Broadway veterans Ann Hampton Callaway and TONY® Award-winner Cady Huffman.

The festivities began at 6:15 p.m. with cocktails, appetizers and a silent auction for guests to partake on. Guests had an opportunity to bid on an array of items including an assortment of wines, DVD sets for popular TV shows, trips, restaurant experiences and of course the live-auction.

After the cocktail reception, the dinner, show and live auction started at 7:30 p.m. Guests enjoyed the first course with a delicious salad followed by a very healthy and savory salmon with vegetables. There was an option for vegetarians as well to select from for the main course. The guests were able to savor for the last course an exquisite chocolate with raspberry dessert. Last but not least guests enjoyed coffee, tea, biscuits and chocolate towards the end of the evening.

At the gala, attendees heard the remarkable stories of some of CANY’s clients who have overcome harrowing obstacles with the help of the organization’s methodologies.

Guests were also treated to surprise live performances at the event. Ann Hampton Callaway opened the night’s festivities with a mash up of the songs “People” and “Being Alive” to rousing applause. After  Kelli O’ Hara accepted her award she sang “Make Someone Happy” and Cady Huffman and Ann Hampton Callaway performed the duet, “Sunny Side of the Street” to close the event.

About Creative Alternatives of New York:

For over thirty years, Creative Alternatives of New York (CANY) has pioneered the use of drama therapy groups to help empower people who have endured trauma to rebuild their lives.  Founded at Department of Psychiatry at Mount Sinai Hospital, CANY now works with leading social service agencies, special schools, and community centers serving over 1,000 children and adults in the greater New York area annually.  Cultivated over years of clinical and artistic practice, CANY has developed its own unique trauma-informed drama therapy model to help clients move beyond their past and into a future of hope and promise. CANY has helped more than 260,000 people. www.cany.org