Ailey/Ellington Nights In a program aptly titled Ailey/Ellington (playing Dec 13, 15 mat, 18, 21 mat), ballets showcasing the marriage of Ailey’s choreography and Ellington’s music will be presented including Pas de Duke, Alvin Ailey’s modern dance translation of a classical pas de deux, which was created in 1976 for two of the world’s most renowned dancers, Judith Jamison and Mikhail Baryshnikov; and The River, which combines classical ballet, modern dance, and jazz in sections suggesting tumbling rapids and slow currents on a voyage to the great sea, mirroring the journey of life. 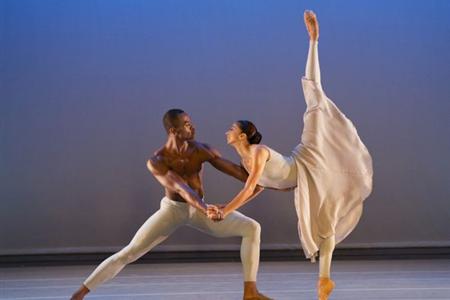 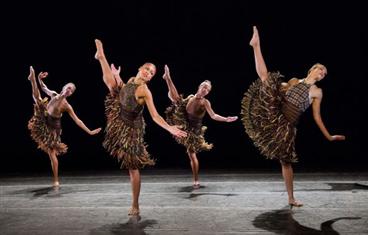 DECEMBER 11TH D-Man in the Waters (Part I) is a true modern dance classic and a New York Dance and Performance (“Bessie”) Award-winning work by modern dance innovator Bill T. Jones, a Tony Award-winner for Fela! and Spring Awakening. Originally created in 1989, it is a celebration of life and the resiliency of the human spirit that embodies loss, hope and triumph with non-stop movement set to Mendelssohn’s Octet for Strings in E-flat Major, Op. 20 (1825) 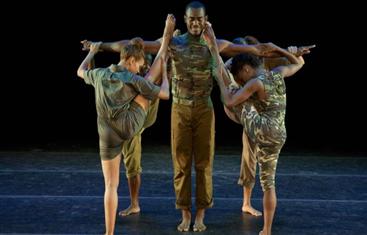 DECEMBER 6TH LIFT, a world premiere by in-demand choreographer Aszure Barton, is an exhilarating new work that celebrates and challenges the cast of 19. Created with Barton’s collaborative stylistic approach that is constantly evolving like no other. Ailey’s renowned dancers inspired the process, movement and composition, as well as the original percussive score by Curtis Macdonald.

ABOUT ALVIN AILEY AMERICAN DANCE THEATER Alvin Ailey American Dance Theater, recognized by U.S. Congressional resolution as a vital American “Cultural Ambassador to the World,” grew from a now‐fabled March 1958 performance in New York that changed forever the perception of American dance. Founded by Alvin Ailey, and guided by Judith Jamison beginning in 1989, the Company is now led by Robert Battle, whom Judith Jamison chose to succeed her on July 1, 2011. Alvin Ailey American Dance Theater has performed for an estimated 23 million people in 71 countries on 6 continents, promoting the uniqueness of the African‐American cultural experience and the preservation and enrichment of the American modern dance tradition. In addition to being the Principal Dance Company of New York City Center, where its performances have become a year‐end tradition, the Ailey company performs annually at the John F. Kennedy Center for the Performing Arts in Washington, DC, the Auditorium Theatre in Chicago, the Adrienne Arsht Center for the Performing Arts of Miami‐Dade County in Miami, The Fox Theatre in Atlanta, Zellerbach Hall in Berkeley, CA and at the New Jersey Performing Arts Center in Newark where it is the Principal Resident Affiliate), and appears frequently in other major theaters throughout the United States and the world during extensive yearly tours. The Ailey organization also includes Ailey II (1974), a second performing company of emerging young dancers and innovative choreographers; The Ailey School (1969), one of the most extensive dance training programs in the world; Ailey Arts in Education & Community Programs, which brings dance into the classrooms, communities and lives of people of all ages; and The Ailey Extension (2005), a program offering dance and fitness classes to the general public, which began with the opening of Ailey’s permanent home—the largest building dedicated to dance in New York City, the dance capital of the world —named The Joan Weill Center for Dance, at 55th Street at 9th Avenue in New York City. For more information, visit www.alvinailey.org. 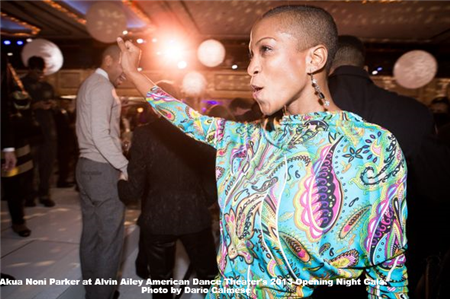 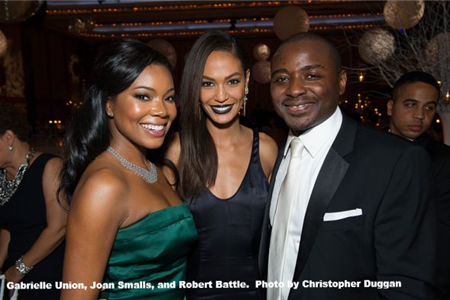 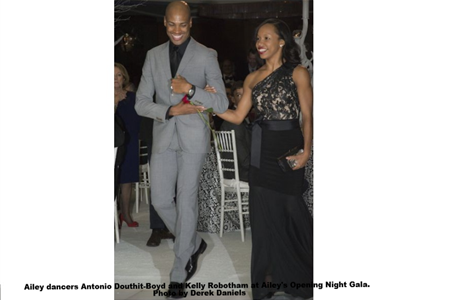 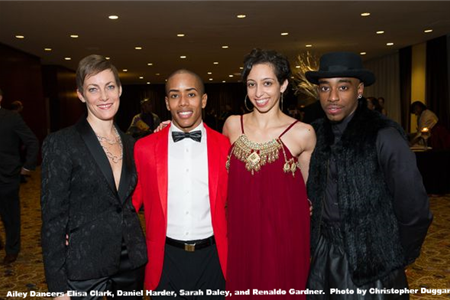 The curtain went up with an exhilarating company premiere of Wayne McGregor’s Chroma, a ballet filled with layered, beautiful dancing, astonishing lifts and a luminous set. The Ailey company premiere, made possible with generous support of New York City Center, marks the first time a work by this multi award-winning British choreographer appears in the Ailey repertory.  The gala performance concluded with Alvin Ailey’s timeless masterpiece, Revelations which was accompanied by live music.

Ailey’s exciting season, the 25th since the passing of legendary founder Alvin Ailey, continues throughout the holidays in New York, then tours 23 cities across North America beginning in February.  For more information visit www.alvinailey.org.