The official first day of the US Open Tennis tournament was a hot day full of tournaments with players such as Juan Martin Del Potro from Argentina, David Ferrer, Garbine Muguruza from Spain, Americans Serena and Venus Williams, Andy Murray, and John Isner to name a few.  The first day was a very well received with a the tournament kicking off with anattendance of 67,832 people on Monday. The day session did not fall short as it had a record attendance of 40,541 people and the evening session attendance of 27,291 people set the record for a single night session at the US Open.

The festivities began during the evening with full house, a spectacular set-up and "American Idol" alum Kelly Clarkson giving a phenomenal performance during the 50th Anniversary opening night of the US Open. It followed by the national anthem from the very talented Maxwell, I must say not many people can pull it off but his rendition was simply put flawless and beautiful.

The special ceremony held on court to pay homage to the 50th anniversary of the US Open. “This year, as we commemorate the 50th anniversary of the US Open, we celebrate the past and look to the future,” said USTA President and CEO Katrina Adams. “…A future that begins tonight as our game’s greatest players begin their pursuit of a US Open title.” The first-ever US Open women’s singles champion Virginia Wade and 1968 men’s runner-up Tom Okker joined four-time US Open champion Billie Jean King on court to talk about their experience in New York.

Members of Arthur Ashe’s family were also in attendance to honor the legacy of the first-ever US Open champion and stadium namesake, including his wife, Jeanne Moutoussamy-Ashe, daughter Camera and brother Johnnie.

The tournaments throughout the event were nail biting yet exciting!!!

The bitter sweet match had to be between David Ferrer and Rafael Nadal whom are both from Spain playing for the title on Monday, August 27th evening session at Arthur Ashe Stadium. Unfortunately Ferrer had to withdraw from the competition and said it was his last US Open tournament. He says, he will continue to play nonetheless. 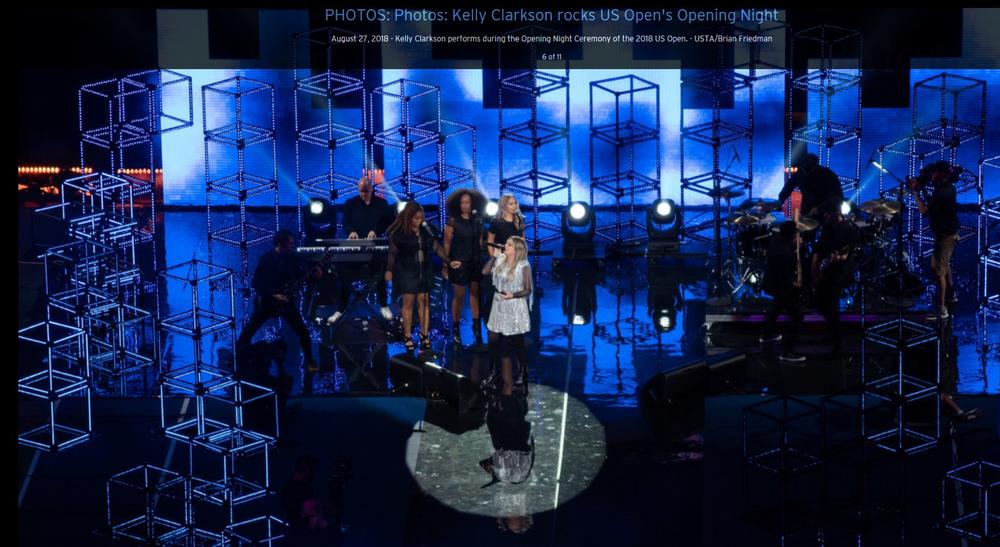