ABOUT THE HOSTS: Dex Phillip and Daniel Padnos have backgrounds in business, philanthropy and human rights activism that have flourished during their 16 years as a couple. Daniel imported and distributed high tech products from Israel while Dex developed his career in the fashion industry. Daniel also serves on the Board of Directors of his family's Midwestern recycling enterprise. Together they built DEX New York Cosmetics, a makeup products and services company based in New York City. Their philanthropic endeavors cover a wide range of interests, and they have been strong supporters of the American Foundation for AIDS Research (amfAR), Stonewall Community Foundation, New York Gay & Lesbian Center, New York City Ballet, New York Philharmonic, Boys and Girls Clubs and Toys for Tots. They are also active supporters of the Empire State Pride Agenda and the Human Rights Campaign.

ABOUT MATHEW’S WISH: When Matthew passed away on January 16, 2011, I lost my oldest son. The dreams and wishes that I had for him were gone at that exact moment. However, what I did not lose was this wish that we talked about doing. He wanted to fill up an 18 wheeler full of toys and bring it to the hospital and surprise all the kids. He would say" I know how it feels to be in here Mom, and it sucks!." LOL Matthew was also know around the family as Mr. Christmas. So with the help of my family and friends, I have created Matthew's Wish. We are collecting toys, books, games etc to deliver to Cohen's Children's Hospital on December 21,2013.

Here are highlights from DEX & DANIEL's Dec. 2012 Holiday Celebration with a special musical tribute to Whitney Houston, benefiting The Marine Corp Toys for Tots Hurricane Sandy Victims. Over $10K was raised and a truck load of unwrapped toys were carted away for children in need of a happy holiday season. Doned in exquisite black tie, guests mingled, noshed on gourmet bites, and clinged glasses all to witness some of the most spectacular voices from the Opera to Broadway . A glamorous and festive evening it was, all in the name of charity. 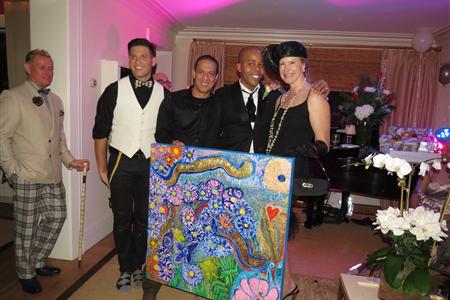 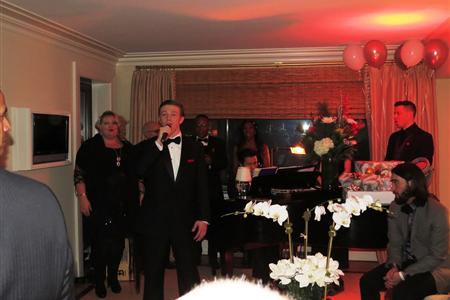 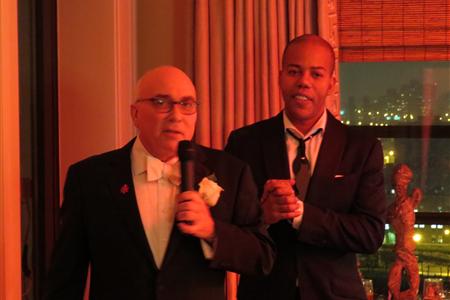 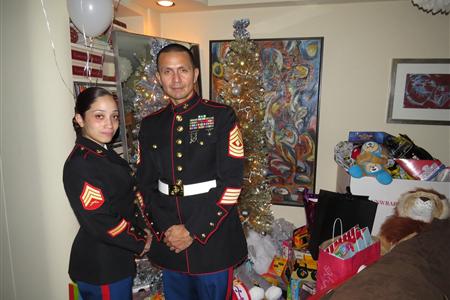 On the evening of December 5th, 2013 THE MARINE CORPS, TOYS FOR TOTS’ NY Chapter, teamed up with MATHEW’S WISH, for the 2ND Annual Fundraising event of its kind and held at the private residence of Dex Phillip,  Makeup Master and Esthethician of Dex New York and Daniel Padnos, Co-Founder and CFO, DEX New York Cosmetics. The charity soiree was held at 50 Sutton Place South, celebrating the theme ‘THE GREAT GATSBY.’ A charitable evening of thematic ‘Gatsby’ entertainment, Live performances under the direction of Yasuhiko "Yaz" Fukuoka and included broadway performer Andromeda Torre, soprano Courtney Mills whom the NY Times called a “wonderful talent,” and hosted by Hank Stampfl from the popular cabaret “Speakeasy Moderne”, with fabulous “Gatsby” food and festivities, and ‘Gatsby” philanthropy merges into this very special evening which help bring much needed smiles and joy to children in need of toys over this holiday season.

This year, The Marine Corps, Toys for Tots, has teamed up with Mathew’s Wish, a charity founded by Ralph Lauren HR Director, Joe Allen, after the tragic and untimely loss of his 13 year old nephew. Several marquis companies have been gracious and donated items for their “live auction”, “Gatsby Draw” and traditional bidding on fine art, curated by board members Montgomery Frazier “The Image Guru”, Joe Allen, Lynette Dallas & Dani Kauderer. “We’d like to thank the following companies for their generous contributions: Ralph Lauren, Donna Karan, Saks 5th Avenue, David, Yurman, Catherine Malandrino, Nicole Miller, Sirio’s Ristorante, The Four Seasons, Karin Wilzig The Bisjoux Collection, James Leonard Opticians and OPTIYX Optical,” says host Dex Phillip, “the list keeps growing each day, it’s going to be an intimate and entertaining evening of charitable giving!”  The event concluded with wonderful music sung by guests of the party whom were all getting into the holiday spirits. The party brought in excess of $16,000 for the charities which is an increase to last year's amount.