Jersey City, NJ – May 5, 2017 – From a rousing celebration of globally-renowned technologists who are inventing a better future for all of us to a major announcement about SciTech Scity and the energetic, hands-on participation of a star-studded “Who’s Who” of science, technology and innovation, the Liberty Science Center Genius Gala, which was held tonight, Friday, May 5th, 2017, was a smashing success.

More than 700 of the New Jersey-New York region’s captains of industry, finance, science, and technology and a host of civic and community leaders came together for the unique creative black-tie event, and met the goal of raising $2.7 million to support the Center’s multitude of science education programs for underserved children and K-12 students.

Paul Hoffman, the Center’s President and CEO, presented the coveted and highly-prestigious Genius Awards to mathematician Katherine Coleman Goble Johnson, one of the first African-American women to be employed by NASA and the subject of the Academy Award nominated film Hidden Figures; Ray Kurzweil, one of the world’s leading inventors and futurists; and SpotMini, a canine-like robot that’s one of the most technologically advanced in the world, alongside its creator: Boston Dynamics founder and CEO Marc Raibert.

“It was truly an honor to bestow these three brilliant men, women -- and for the first time, a robot – with the 2017 Genius Award.” said LSC President and CEO Paul Hoffman. “These innovative and groundbreaking geniuses deserved to be honored in an unconventional way.”

And unconventional the evening was! In theme with “techno-optimism,” there were robots around every corner, a demo station by Picatinny Arsenal—the leading New Jersey center for military technology—R2-D2, the Transformer Bumblebee, and of course, SpotMini.

Performance highlights included a drone show by cyber illusionist Marco Tempest; a music and laser show featuring the classics "Keep Talking" by Pink Floyd, "Rocket Man" by Elton John, and "Mr. Roboto" by Styx, all with nods to the honorees; and a pizza-tossing contest between New Jersey “Pizza Boys” Nicholas and Michael Testa, 12-year-old and 10-year-old brothers from Jersey City who have been featured for their exploits on media around the world. Following the entertainment, Cake Boss star Buddy Valastro unveiled a custom-made “Robo-Cake” which he and his team made for the gala and which will be featured later this year on the TLC show.

The Genius Gala boasts presenters who are as accomplished as the Genius Award recipients, and it’s not always clear who should be giving the award to whom. This is particularly true of George Harris, a network engineer who just last week beat out more than 300 teams from 38 countries to win the $2.5-million Qualcomm Tricoder Xprize for inventing a medical device – akin to Dr. McCoy's futuristic Tricorder on Star Trek – that can non-invasively diagnose a host of medical disorders, who presented the award to Ray Kurzweil.

Other high-profile presenters included Jersey City resident Helen Maroulis, who became the first American woman ever to win an Olympic Gold Medal in wrestling, at the 2016 Summer Games in Rio de Janeiro and David Blaine, the celebrated performer and endurance artist, who serves as Liberty Science Center’s magician-in-residence, combining science with magic to create ever more astonishing feats.

Returning to the event for his third consecutive year was scholar and professional football player John Urschel, the Baltimore Ravens guard who is a doctoral candidate in mathematics at MIT.  In January, he was named to the Forbes "30 Under 30" list of outstanding young scientists.  He has published seven peer-reviewed articles in mathematics journals, and his eponymous result, the Urschel-Zikatanov Theorem on the connectedness of nodal decompositions of Fiedler vectors, has rocked the world of combinatorics.

The evening culminated with Paul Hoffman’s announcement that Jersey City had transferred the title of 14 acres of land for the creation of SciTech Scity, a mini-city of scientists, technologists, entrepreneurs, students, and educators who come together with the shared goal of creating a better future. The complex is positioned to become the East Coast’s answer to Silicon Valley, housing a 24-hour coding academy, a world-class K-12 school dedicated to STEM study, a vibrant business optimizer for science and technology startups, and ample short- and long-term residences for its scholars and workers.

All the honorees and performers generously volunteered their time and talents in support of the not-for-profit Science Center’s mission to expose learners of all ages to the power, promise, and pure fun of science and technology. No honorariums or appearance fees are paid.

Liberty Science Center (LSC.org) is a 300,000-square-foot not-for-profit learning center located in Liberty State Park on the Jersey City bank of the Hudson near the Statue of Liberty. Dedicated to bringing the power, promise, and pure fun of science and technology to people of all ages, Liberty Science Center houses 12 museum exhibition halls, a live animal collection with 110 species, giant aquariums, a 3D theater, the world’s largest IMAX Dome Theater, live simulcast surgeries, a tornado-force wind simulator, K-12 classrooms and labs, and teacher-development programs. More than 250,000 students visit the Science Center each year, and tens of thousands more participate in the Center’s offsite and online programs. LSC is the most visited cultural institution in New Jersey with more than 650,000 visitors annually and the largest interactive science center in the NYC-NJ metropolitan area. 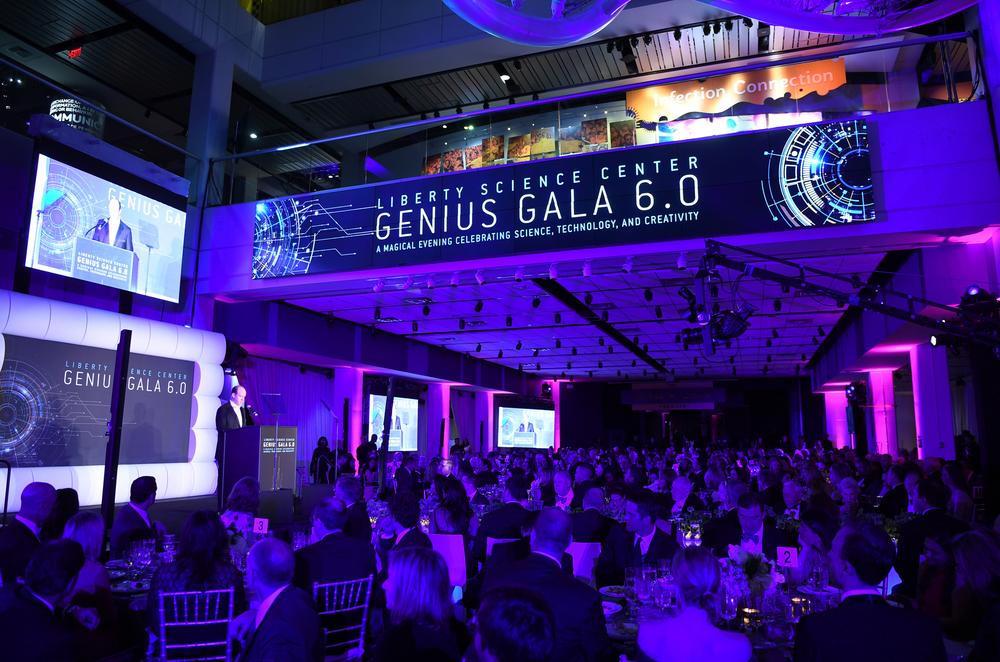