Photos by Jamie McCarthy/Getty Images for Ally Hilfiger and by LUXXELIVING.

at The Jane Hotel 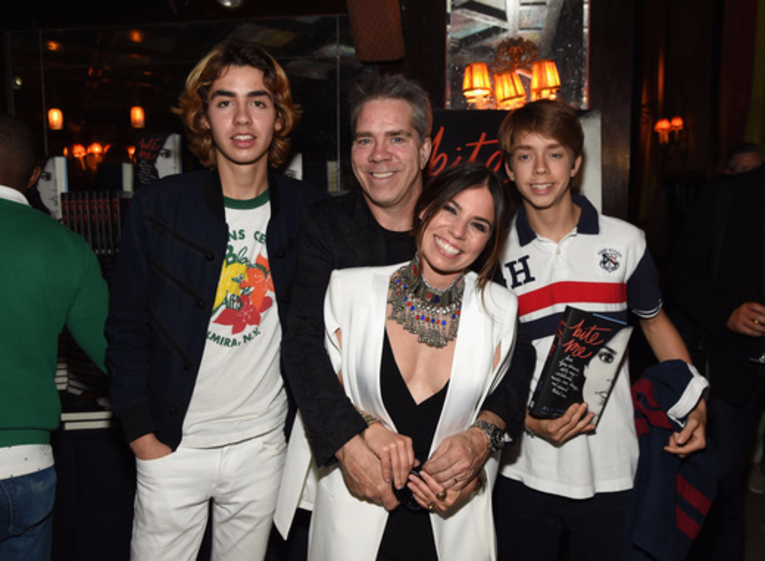 On Monday, May 9th, 2016 Tommy Hilfiger invited some guests as well as members of the press to attend an invitation only cocktail reception at The Jane Hotel. The event was for his daughter Ally Hilfiger's "Bite Me" book release which is her story about having Lyme Disease.

Ally was bitten by a tick at the age of seven, but she was not successfully diagnosed with Lyme disease for eleven years. For nearly twenty years, Ally suffered from constant physical pain in her muscles and joints, strep throat, recurrent flu, and even ended up in a psych ward as she struggled with beating Lyme disease. BITE ME is her story in which she offers readers hope and ideas for how they can transition from victim to survivor.

It was such a pleasure to meet Ally Hilfiger, this lady is simply a doll. Despite having Lyme Disease, it shows how strong of a woman she is as she was very happy during the event and she glowed with her genuine personality which you can see in the photos captured below. She looked stunning having an updo hairstyle and wearing a winter white BCBG long jacket along with a vintage necklace and bracelet.

I've personally been to The Jane Hotel before for cocktail parties but this event truly captured a perfect evening. They had the right team serving food and drinks and simply being very accommodating to the guests.  During the event guests were savoring on an array of hors d'houevres and were able to have their pick from an assortment of drinks from the open bar. They were also entertained by the great music of DJ Aku during the cocktail party.

Lifestyle Correspondent Jeff Perla was able to briefly interview Ally during the cocktail party and she was able to give us a glimpse from her book.

​Jeff Perla: "What should readers expect from reading your book?"

Ally Hilfiger: "It has a lot of fun stories, and a lot of free tools regarding Lyme Disease. Hopefully this book will bring hope, love, light and awareness regarding the disease.

Jeff Perla: "What was the hardest part about writing this book?"

​Ally Hilfiger: "The hardest part was definitely sitting at the computer and typing each chapter about my life."

At the end of the evening, guests were able to take a book home with them and some including yours truly had an autographed copy by Ally. The book is published by Hachette book Club. #BiteMeTheBook is available online and in bookstores everywhere! Get your copy by clicking here.  the book is also available on Amazon, Barnes & Noble, Books-A-Million and IndieBound. #lymedisease

​
About Ally Hilfiger:​
Ally Hilfiger is a producer, actress, artist, fashion designer, writer and Lyme Disease Survivor.  As a producer, she created and starred in Rich Girls for MTV, produced the feature film Proud, In the House with Ally Hilfiger on NTW in Nantucket, and was featured in Scatter My Ashes at Bergdorf’s and the documentary Dressed. Ally is the daughter of designer Tommy Hilfiger and currently lives in Los Angeles with Steve Hash and their daughter Harley Elizabeth Hilfiger Hash.​​