The New York Pops is the largest independent pops orchestra in the United States. They are the only professional symphonic orchestra in New York City that specializes in popular music. The organization collaborates with public schools, community organizations, children's hospitals, and senior centers throughout the five boroughs of New York City. Their PopsEd program allows thousands of new yorkers of all ages and backgrounds to participate in fully customized music programs.

We enjoyed the classics like It Had to Be You, The Best is Yet to Come, Mack the Knife, My Way as well as others.  One of my favorite was the dual piano playing and singing by Frankie Moreno and Tony DeSare of All of Me. They even switched sides of piano to play and Frankie even played backwards. They finished with all four singers singing the short versions of classics by Frank ending up with New York, New York.

The evening didn't end there, guests headed over to The Redeye Grill Restaurant near Carnegie Hall for the after party. We enjoyed delicious passed hors d'oeuvres such us red snapper ceviche, crab cakes, mini kobe beef skewers and others along with an open bar in the cozy private upstairs lounge. It was nice to talk to and take pictures of the four talented guest artists.

Frankie Moreno and Ryan Silverman at the after-party held at The Redeye Grill Restaurant. 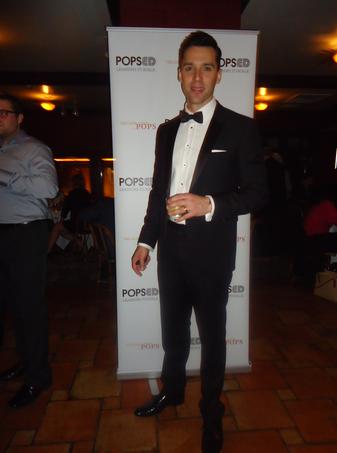 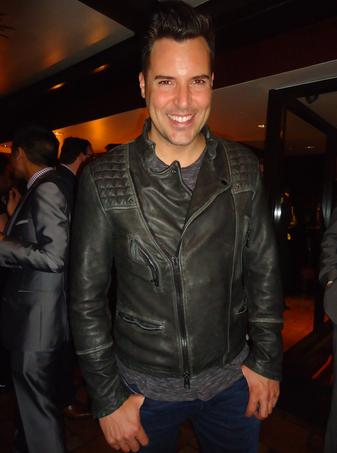 The crowd enjoyed versatile Frankie Moreno whom can play the piano and other instruments beside his great voice.  His performance of "Tangerine Honey” on ABC's Dancing with the Stars led to many other TV shows with his own nationwide PBS special, Frankie Moreno in Concert. His last collaboration for Sony Records with Joshua Bell reached No. 1 on the Billboard charts in two categories.

Ryan Silverman is no stranger to the stage with various credits. He has won the Drama Desk and Drama League nominations for his role as Gorgio in the Classic Stage Company's production of Passion. 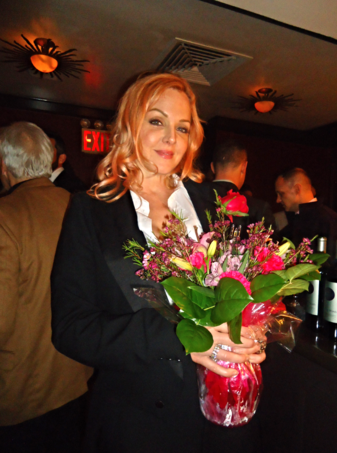 Tony DeSare and Storm Large at the after-party held at Redeye Grill Restaurant. 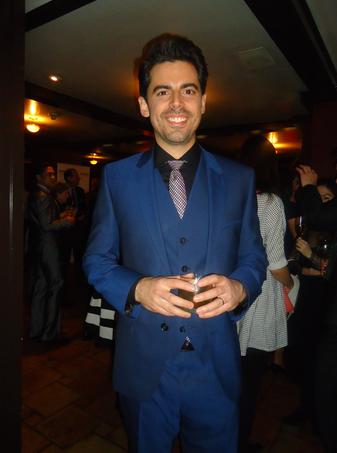 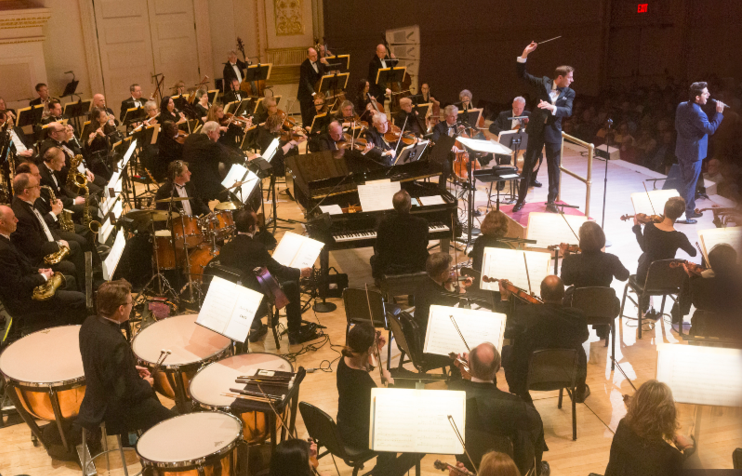 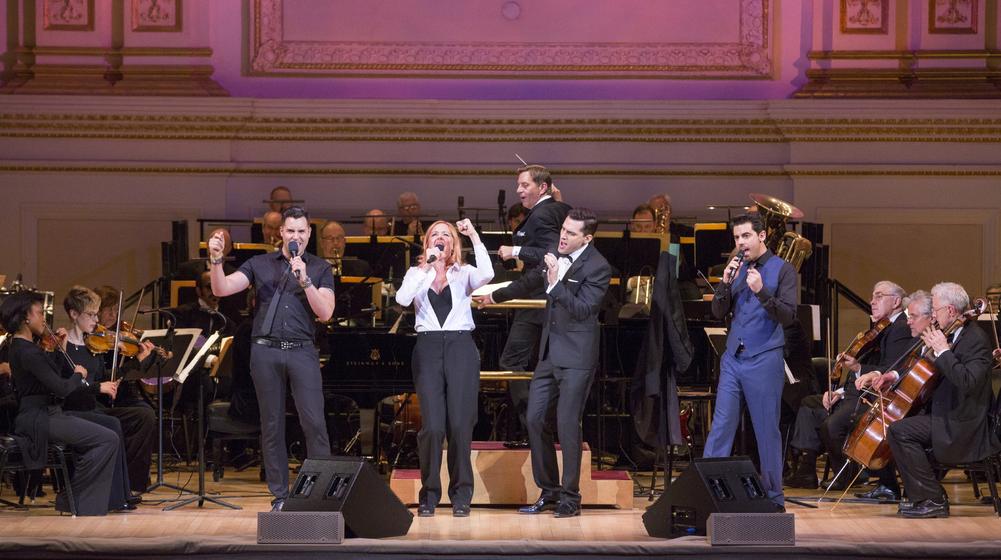 The evening of April 10th was a magical night as The New York Pops performed to a sold-out audience at Carnegie Hall for their closing performance of Let's Be Frank, a tribute to Frank Sinatra. Steven Reineke  conducted the evening and the talented performers were Frankie Moreno, Storm Large, Ryan Silverman and Tony DeSare.

​Frank Sinatra, the Chairman of the Board, would be honored that four talented singers that celebrated his songs during his 100th birthday at the famous Carnegie Hall.  While there was some voice resemblance especially by Tony DeSare and Frankie Moreno, each singer performed in their own manner making it a very memorable and special evening.

The audience really enjoyed the 18 songs of the Let's Be Frank show led by Steven Reineke, Music Director and Conductor, and the New York Pops with young talented guest singing artists like Tony DeSare, Storm Large, Frankie Moreno, and Ryan Silverman performing solo or in combinations. The music was crisp and the sound so fine in this legendary hall.

The talented Tony DeSare, whose voice was closest to Frank,  has three Billboard Top-10 jazz albums. Besides being a talented singer and pianist, he won first place in this year's USA Songwriting Competition. He wrote the theme song for My Date with Drew and as well as various broadcast commercials.

​The lovely Storm Large, the finalist on the CBS show Rock Star Supernova, had a powerful voice. Besides her talented singing, she is also a songwriter, actor and author. She is creating new musical with The Public Theater in New York City.