View from the master bedroom balcony overlooking the pool and backyard during The Hampton Designer Showhouse 2013. 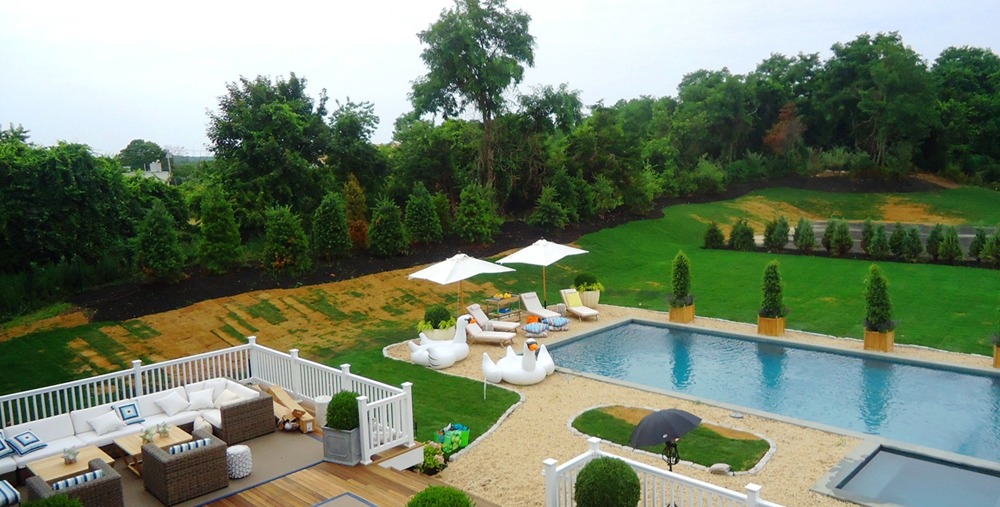 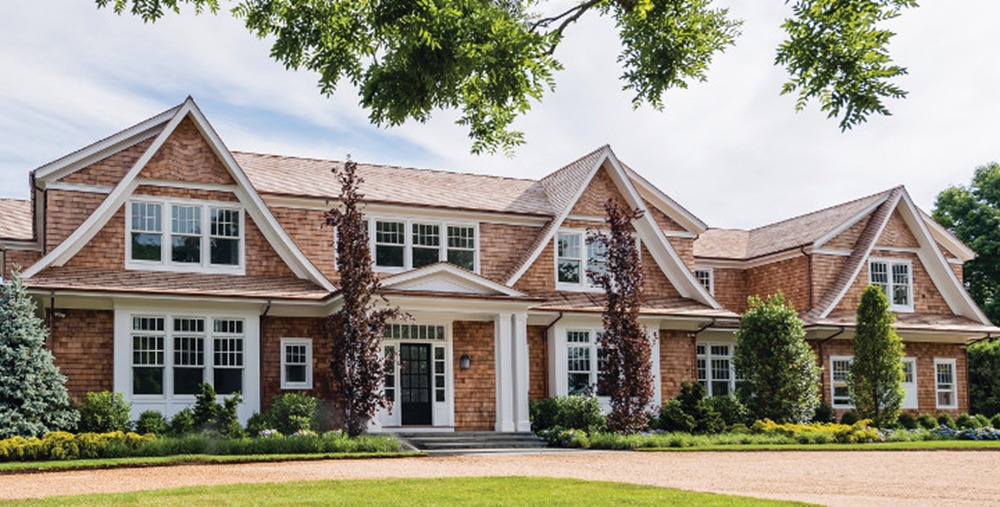 The 2014 Hampton Designer Showhouse will open with a Gala Preview Cocktail Party on Saturday, July 19, 2014 and will run until Labor Day, Monday, September 1, 2014 in Bridgehampton, New York. Proceeds will benefit Southampton Hospital, Southampton, NY. The Showhouse is happy to announce that Traditional Home magazine is the 2014 Presenting Sponsor, NBC TV’S OPEN HOUSE is the 2014 Television Sponsor and Beach Magazine is the 2014 Regional Magazine Sponsor. Mr. Mario Buatta is the Honorary Showhouse Chairman. Mr. Jamie Drake and Ms. Alexa Hampton are the Honorary Design Co-Chairmen.

The Hampton Designer Showhouse, now in its fourteenth year, is a showcase for America’s premier design talent. Over 25 top interior designers and decorative artists will turn a magnificent shingle style home into a decorating masterpiece. This year’s Showhouse located at 408 Pauls Lane in Bridgehampton, NY has been generously provided by Paramount Homes of the Hamptons, Inc. Designer sales at the 2014 Hampton Designer Showhouse will be featured on CricketsCrush.com.

"Over the past 25 years, Traditional Home has showcased numerous show homes across the country and the Hampton Designer Showhouse has always featured prominently in our coverage," commented Ann Omvig Maine, editor in chief, Traditional Home. "Year after year, the participating designers continue to surprise and delight us, which is why Traditional Home is thrilled to serve as the National Media Sponsor for the 6th consecutive year. We look forward to helping the Showhouse raise even more funds for Southampton Hospital this year so it can continue to provide essential services to the local community."

The Hampton Designer Showhouse opens with a Gala Preview Cocktail Party at the Showhouse on Saturday, July 19 from 6:00pm - 8:30pm and will be open to the public Sunday, July 20 through Labor Day, Monday, September 1, 2014. Showhouse hours will be as follows: Monday through Sunday, 11:00am - 5:00pm. Children under six, infants, strollers and pets are not allowed in the Showhouse. Admission to the Showhouse is $35 and includes the Showhouse Journal. Gala tickets are $225 each.

As the largest upscale shelter magazine in America, Traditional Home celebrates the union of timeless design with modern living, inspiring 5 million design lovers to reinterpret classic elegance in a thoroughly personal way. From home, garden, and green living to food, entertaining, and travel, the magazine is a tribute to quality, craftsmanship, authenticity, and family—a trusted resource that respects the past, lives in the present, and embraces products designed for the future. For more information, please visit www.traditionalhome.com. And for more great outdoor living design ideas, check out Traditional Home's free online magazine, TRADhome (www.tradhomemag.com), which goes live the week of July 10, 2014.

Since its establishment in 1909, Southampton Hospital has remained faithful to the vision of its founders in its dedication to providing the very best medical care to the East End community. An affiliate of Stony Brook Medicine and a member of East End Health Alliance, the nonprofit Hospital is fully accredited by the Joint Commission and offers a full continuum of ambulatory and inpatient services ranging from primary medical care to specialized surgical procedures. The only major medical facility on eastern Long Island's South Fork, the Hospital offers primary, emergency and specialty healthcare, extended service hours and community outreach programs to Southampton, East Hampton and Shelter Island towns. For more information, please visit www.southamptonhospital.org.

For more information on the Showhouse and to purchase tickets, please visit www.hamptondesignershowhouse.com or call