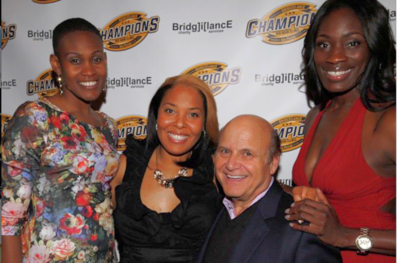 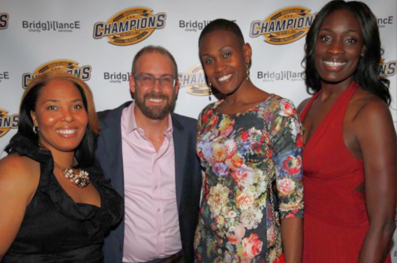 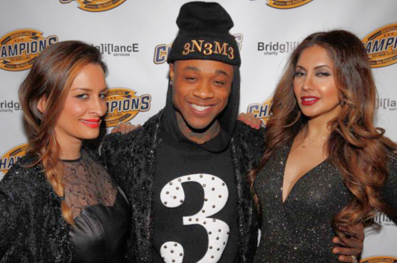 It is easy to enter the bone marrow registry  and contribute to this cause per Mr. Ray. All you have to do is complete a one-page registration form and open your mouth for a quick swab of each cheek. Just think, in the couple of minutes it takes to register your bone marrow, you could save a person’s life,” added Mr. Ray, who is a cancer survivor himself.

In addition to watching an entertaining basketball demonstration, attendees were educated about the ease and importance of bone marrow donorship. Staff was on-site to conduct cheek swabs and registered those interested. Attendees were encouraged to host bone marrow drives in their local communities (schools, churches, offices, etc.) throughout the year.

Bridgilance President Joshua Blair and Jameel McClain highlighted that it's important to swab but more important to get out there and swab others if we are going to make a difference.

Dr. Janet Taylor, a New York City psychiatrist who is a regular contributor to several national morning news shows, spoke to attendees and participants about the critical importance of bone marrow donorship.

Following the Big Man Clinic, a fundraiser was held at David Chang’s momofuku Má Pêche in the Chambers Hotel located at 15 W. 56th St. (between 5th and 6th avenues) from 8:00 pm. to 11:00 pm. The event had delicious sliders, pork bun and chicken sandwiches and a vegetarian option by Executive Chef Paul Carmichael along with wine, beer and drinks by Hendricks Gin. There were neat sport items to bid on via silent and love auction.

There were various distinguished guests that attended like famous athletes such as Clifford Ray, Robert Parish, Butch Beard, Marty Conlin, actress Meylssa Ford and others.

Bridgilance Charity Services Inc. is a non-profit organization designed to bridge the gap between undeserved minority communities and the issues that affect them most.

There were many events celebrating NBA All-Star Week but few really attempted to address important health issues like bone marrow donorship thanks to the efforts by Bridgilance Charity Services Inc , Big Man Clinic and their supporters. 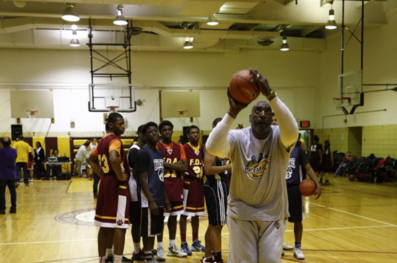 It was great to be a part of kicking off NBA All Star week. We were able to enjoy the company of legends like Clifford Ray, Robert Parish, Butch Beard and others at the after party event created by Bridgilance Charity Services at the David Chang’s momofuku Má Pêche in the Chambers Hotel located at 15 W. 56th St. (between 5th and 6th avenues) from 8:00 pm. to 11:00 pm.

It was more intimate and personal where the attendees were able to talk to the legends. I was able to talk to Butch Beard about the recent Superbowl. Also, I talked to another legend, Rushia Brown, a former WNBA player, about her Overtime Foundation and her passions.

Bridgilance produced the Big Man Clinic held in Harlem earlier from 5-7pm. Then the legends and other supporters came to the after-party at Chambers Hotel at 8pm.

Two-time NBA champion Clifford Ray, along with other NBA and WNBA greats, held a “Big Man Clinic” to benefit people with sickle cell anemia and blood cancer in need of bone marrow transplants, on Wednesday, February 11, 2015, 5:00 pm. to 7:00 pm. at Frederick Douglas Academy in Harlem (2581 Adam Clayton Powell Jr. Blvd). Radio 103.9 FM on-air personality Terry Bello will be emceeing the event, which was free and open to the public.

They will be having more of these Big Man Clinic events in other cities as follows: Atlanta, Boston, DC, New Orleans,  Philadelphia and San Francisco.

The event, was created by Bridgilance Charity Services, a non-profit organization designed to bridge the gap between charitable efforts and undeserved communities, a vehicle to promote community service among athletes. This year Bridgilance is focusing on bone marrow donor- ship in the African-American community, which comprises of only 7%  of the bone marrow registry. The African-American community is also one of a few populations most affected by this deadly disease sickle cell anemia, which can be treated successfully in several ways including a bone marrow transplant. 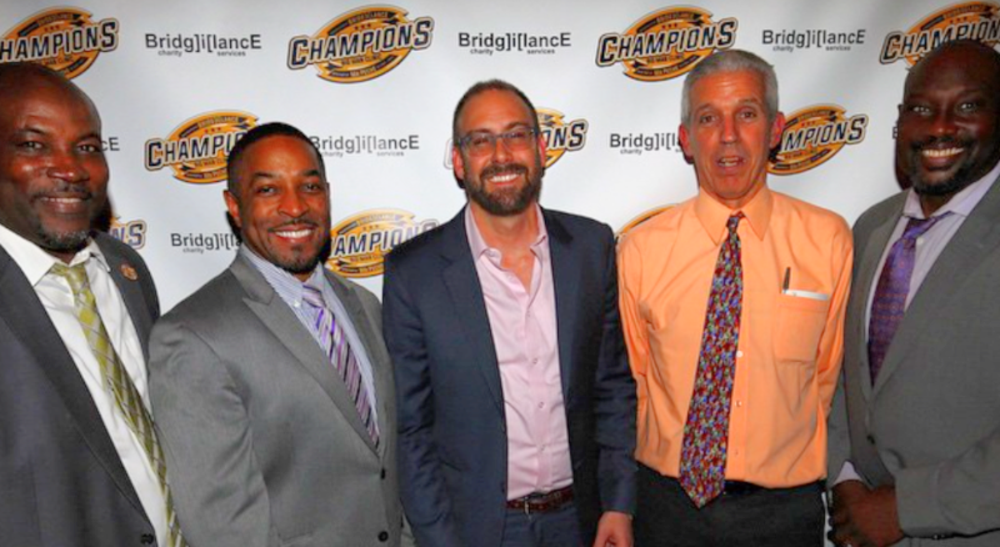