On May 11, 2016, 175 guests gathered in support of the Parkinson’s Disease Foundation® (PDF®) as it held its annual Bal du Printemps Gala at The Metropolitan Club in New York City.  Willie Geist, Host of NBC’s “Sunday TODAY with Willie Geist,” Co-host, NBC’s “TODAY” and Co-host, MSNBC’s “Morning Joe” served as the Master of Ceremonies for the evening.

The evening began with cocktail hour at the Great Hall and guests were able to enjoy cocktails, hors d'oeuvres and meeting one another once again as most people have attended the annual gala.

The heart of the club is the central Great Hall with walls of variegated marble and a forty-five foot high gold coffered ceiling. From the center of the ornate ceiling hangs a Venetian lantern, purchased from the 1893 Chicago World’s Fair. A grand double staircase on the North side of the hall frames a set of five opalescent stained glass windows and faces an immense marble fireplace to the South. The Great Hall serves as a stunning pre-function or reception space for up to 250 guests.​ 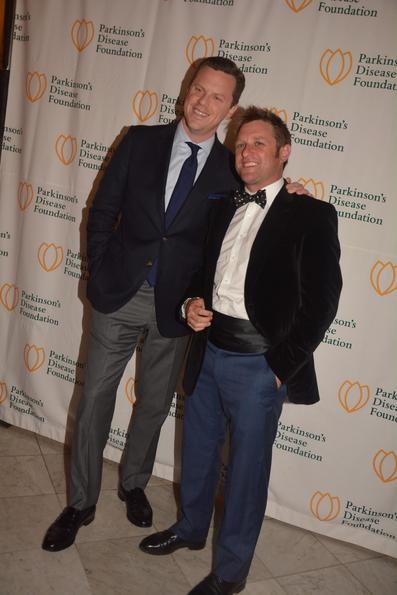 Photos courtesy of Rose B. for LUXXELIVING​

Guests were then escored to the West Lounge were the dinner part of the eening took place. Bordering 5th Avenue, the West Lounge is one of the city’s most impressive Gilded Age ballrooms. Decorative fireplaces of red and grey marble accent the room to the North and South and four mirrored panels on the East wall reflect views from Central Park across the street. Recent restoration and the addition of architectural lighting have further enhanced the intricate panel work and Renaissance style ceiling murals. With twenty four foot ceilings and rich tones of burgundy and gold, the West Lounge is a memorable setting for corporate functions and elegant galas for 150 to 340 guests.

The evening's entertainment was  Joe D’Urso and Stone Caravan from the Light of Day Foundation.

The Parkinson’s Disease Foundation supports the research and ideas that will improve the lives and futures of people touched by Parkinson’s.  Founded in 1957 by William Black, creator of Chock full o’Nuts, a successful New York coffee and restaurant business, PDF was the first national not-for-profit organization to focus on Parkinson’s disease.  His widow Page Morton Black served as PDF’s Chairman for more than 20 years.  Since its founding, PDF has invested nearly $110 million in the research of leading scientists around the world and has committed an additional $47 million to support education and advocacy programs.