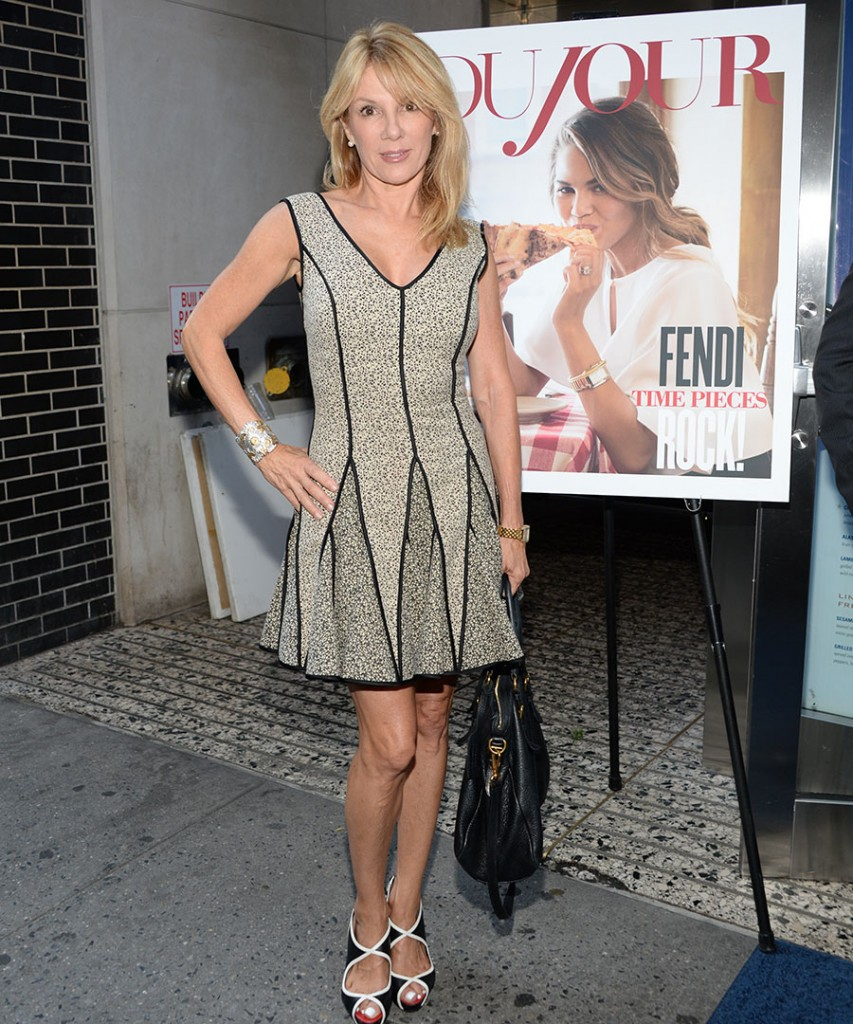 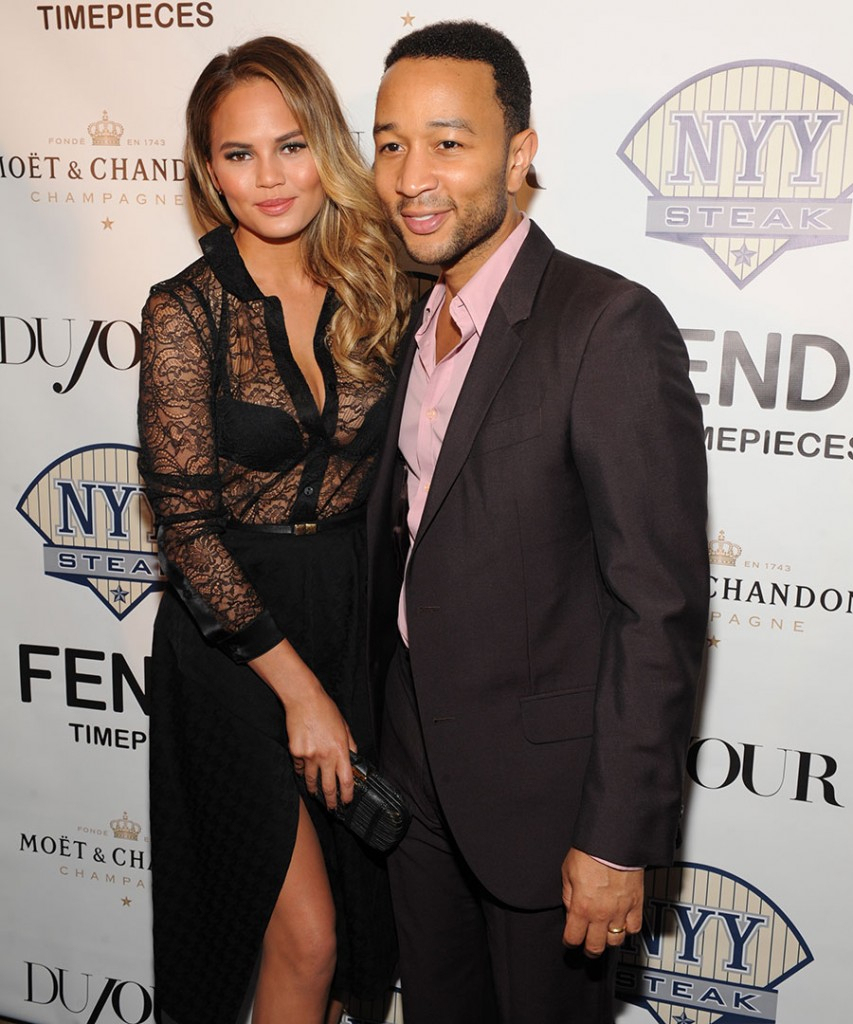 Some of the photos are courtesy of Craig Barritt, Ben Gabbe and LUXXELIVING. 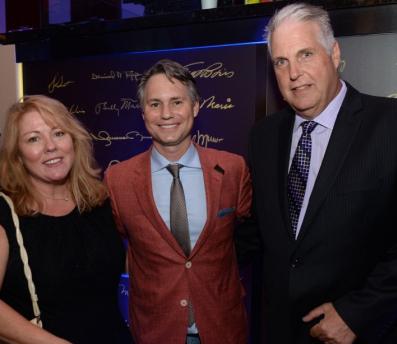 This event was really special thanks to the efforts of a powerful combination DuJour Magazine, Moet Ice, Fendi, NYY Steak and the invited guests. 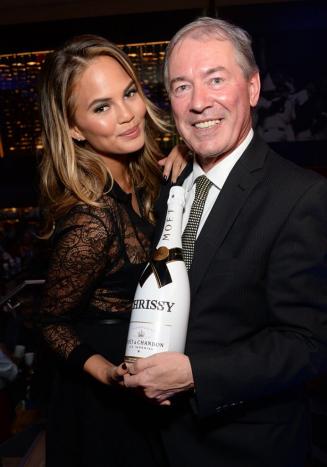 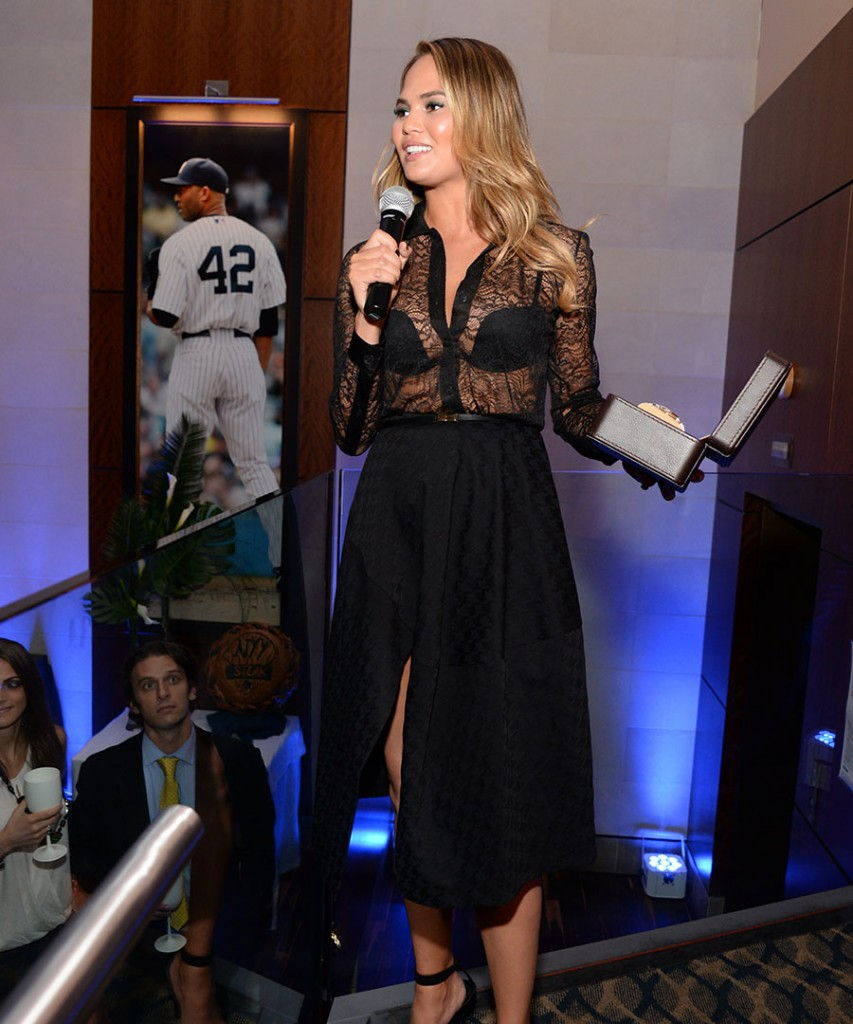 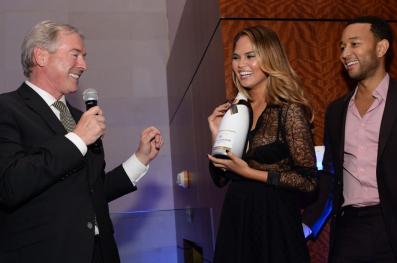 I was eagerly waiting to revisiting NYY Steak in Midtown Manhattan on July 28, 2014 since its grand opening. This time was even better since it was less crowded.

Chrissy Teigen, Sports Illustrated Swimsuit Issue Model, was there to celebrate her cover for DuJour Magazine at the generous Moet Ice and Fendi sponsored bash. She was on the cover eating a big slice of pizza with her beautiful Fendi watch. In an interview with DuJour Magazine, she admitted that she never washes her face before bed.

She looked so chic and sexy with her see-though blouse and black high- thigh-slit skirt. Along besides her was John Legend, her husband, taking a break from his “All of Me” tour. They left with steak bones for their dogs, Puddy and Pippa.

The diverse crowd such as Ramona Singer, Jason Binn, David Cone, Pat Battle and many others from various industries enjoyed the fine passed hors d'oeuvres, carving stations, seafood stations, full open bar, Moet Ice specialty drink and other specialties on the two floors. Moet & Chandon‘s Ice Imperial, is the world's first ever Champagne created to be enjoyed over ice. This is an interesting blend from the house's signature crus and powerful aromas of tropical fruits.

The most interesting aspect was picking your seafood from the station with oysters from East and West Coast, shrimp, lobster tails pulled out for you. The passed hors d'oeuvres like crab cakes, lamb chops, salmon on a potato chip were more delicious than most and just melted in your mouth.

NYY Steak, located in, Yankee stadium, midtown Manhattan or South Florida, is more than your usual steakhouse. Besides their 21-day USDA Prime steaks, sea food and other delicious foods, there is so much Yankee nostalgia. That is why it is a favorite as a winner by 2014 Diner’s choice.

DuJour Magazine is a high- end lifestyle national magazine that caters to an affluent audience and has an audience of over 3 million people. The magazine was created in the summer of 2012 by Jason Binn, the Founder and former CEO of Niche Media. He was one of the first to get an exclusive discussion of Donald Sterling after the owner’s release of a racist audio recording led to his lifetime ban from the NBA. 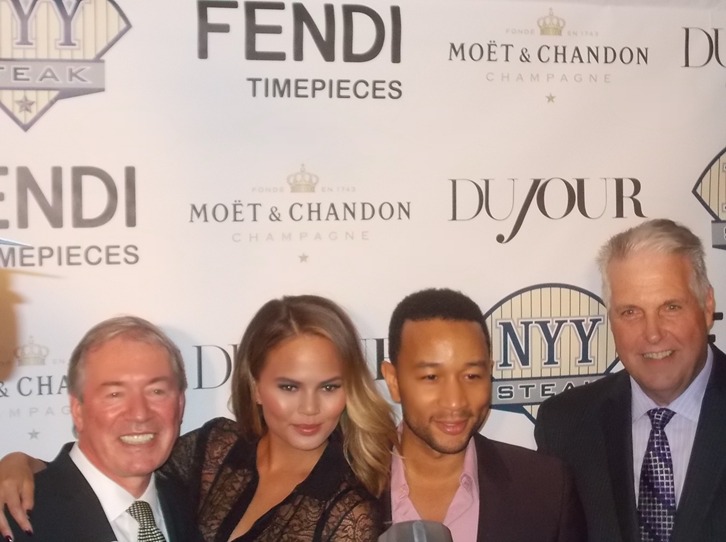